As a standalone Daimler Truck business readies to go public Dec. 10, the company gave analysts an update on the overhauled organization Nov. 11.

A key component of the plan involves winning the race to zero emissions with a strategy that will involve both battery-electric and fuel-cell-electric technologies, while internal combustion engines are gradually phased out.

“We have all the levers in place to push to zero emissions,” said Daimler Truck’s global leader, Martin Daum. “We are pursuing a dual track strategy of battery cell and fuel cell. We are convinced both have a place in the market.”

Battery-electric will be well suited for local, return-to-base hauls while fuel cell trucks will be required for heavier payloads, faster fueling requirements, and longer distances.

“The really risky bet is to fully focus on battery-electric and have no product in the fuel-cell-electric game,” Daum said.

But to win the race to zero emissions transport will require partnerships, he admitted.

“Joining forces with the right partners will help us speed up, reduce our own investments, and gain access to know-how,” Daum said.

Many such partnerships have already taken form, including Cummins for medium-duty engines, Volvo for fuel-cell development, Power Electronics for charging infrastructure, and BP and Shell for hydrogen fueling station development.

Andreas Gorbach, chief technology officer and head of the truck technology group, said the company has a three-pillar approach to transitioning to zero-emissions transport. It involves a rapid ramp-down of diesel engine production in order to meet Paris Agreement obligations that will see it produce only zero-emissions vehicles for Europe, North America, and Japan by 2039.

Next comes bringing the right zero-emissions transport solutions to market, which will include both battery-electric and fuel-cell-electric options. “Both have their sweet spots to maximize customer benefit,” Gorbach said. Daimler estimates BEVs will achieve total cost of operation parity with diesel by 2025, and fuel cells by 2027.

The third pillar involves a “major evolution” in the truck operating system, Gorbach explained. Between now and 2027 more hardware will be replaced with over-the-air updatable software. Benefits will include reduced downtime, faster repairs – many done over-the-air – and improved digital services. It will involve fewer computing units and layers, and delinked software cycles currently under development by some 600 engineers.

Much of the focus during Capital Markets Day was understandably financially focused, and the North American market was singled out as a benchmark performer. But John O’Leary, CEO of Daimler Trucks North America, said there’s still work to do in this market.

While he heralded achievements such as a revitalized Western Star vocational truck line, a 34% fuel economy improvement for the Freightliner Cascadia since its launch, and a 40% market share in the Classes 6-8 segments, he also acknowledged more must be done.

DTNA is looking to reduce its fixed costs of operation by 8% from 2019 to 2025, and it sees a strong opportunity to seize more vocational market share, which offers higher margins. DTNA invested US$380 million to revitalize its Western Star vocational line with the new X-series. The 49X and 47X have already been announced, and another new model is in the works for release next year.

“We have a nice foundation from which to grow on the vocational side.”

“In 2022 we plan to introduce another product benefiting from this investment,” he said. “Three vehicles in three years is as unprecedented for us as it is to the industry.”

He noted Western Star is expected to sell more trucks in 2022 than in any other year in its 54-year history.

“We have a nice foundation from which to grow on the vocational side,” O’Leary told a group of North American trade journalists following the event. “The Western Star X-Series was a culmination of us realizing we were really good at building on-highway trucks, and even though we always had offerings in the vocational space we always had our lunch handed to us by competitors. That was not good enough. We wanted to have a product in that space that’s every bit as good as we do in the on-highway space.”

Meanwhile, he said the company will “vigorously defend” its on-highway market share leadership. It is also working to improve repair times, with a target of getting downed trucks returned to service within 24 hours. The dealer network will add 30 new locations and 500 service bays in the next 18 months, and the aftermarket division is building a new e-commerce parts platform so it can sell more parts online direct to end users.

DTNA also looks to lead on electrification and autonomous trucking technologies. O’Leary said DTNA now has more than a million miles of experience running electric trucks and has a backlog of 700 electric trucks on order.

On the autonomous front it has taken a majority stake in Torc Robotics while also working with Waymo, with plans to bring two different autonomous trucking technologies to market.

“Our dual strategy offers multiple routes to commercialization and provides customers with the choice of which automated driving system works best for their business,” said O’Leary.

“The customer won’t see anything different in a negative sense,” he said. “What they will notice going forward are things we are doing on a global scale – fuel-cell development, battery-electric development and all the technologies we are working on – will be assembled and developed at a much higher level with our own expertise, then using the cost base of our global manufacturing output. What they will ultimately see are better technologies at a lower price over time.” 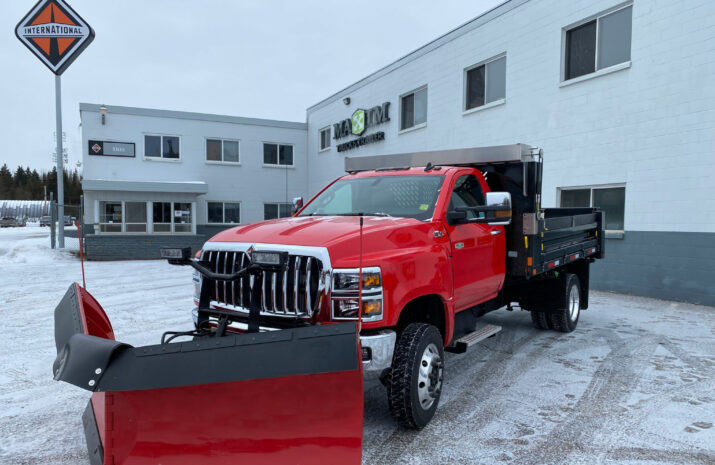 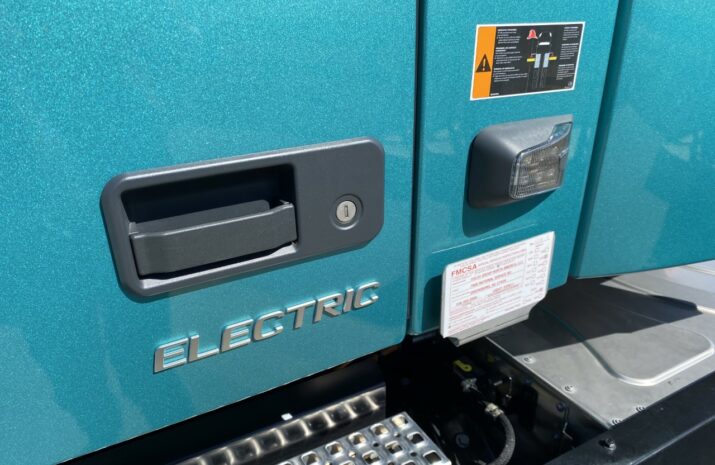