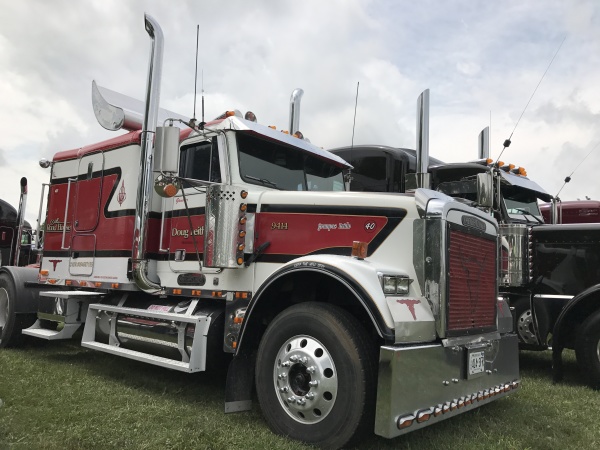 The show is a unique showcase that brings together a mix of antique trucks and modern-day show trucks, but the focus is squarely on the older variety. Antique trucks are invited to come as they are, and every year, more of these gems seem to be discovered and put on display.

“These guys are building trucks just to come to Clifford,” show coordinator and Great Lakes Truck Clube vice-president Verdun Zurbrigg told Truck News. “That’s where this is going. Guys have a place to take it and that’s where we come in. I had one guy bring in a truck who has never shown a truck in his life. He said he’s never had a truck good enough for a show, and I said ‘It’s no problem, just wash it and bring it.’ That’s the type of people we’re targeting.”

There are no awards handed out at the show, and it’s just as well. It would be nearly impossible to choose winners and losers among such a vast collection of trucks from all eras. Zurbrigg said there were 260 trucks on display this year, down slightly from last year when 270 took part, but a good showing considering the iffy weather. Zurbrigg thinks the show would have drawn more than 300 trucks if the weather was more promising in the days leading up to the event and if the show didn’t compete with Canada’s 150th birthday celebrations for attention.

Nonetheless, organizers were pleased with the turnout – especially since the show grounds were so soggy.

“A week before Saturday, that park was up to your knees in water,” Zurbrigg said.

Organizers laid down wood chips to keep pathways navigable and show-goers shed their shoes and soldiered on through the mud to ensure they didn’t miss any of the highlights. Despite the challenges created by the wet spring, Zurbrigg said the show was never in doubt.

“We were gonna do’er, it was gonna happen,” he insisted. “The worst thing that can happen is you cancel the event. Then it takes a long time to get it back. We had a plan.”

Trucks began rolling into the grounds Thursday, June 29, and continued to arrive through Friday, June 30. The rain, for the most part, let up over the weekend.

“We can’t complain. We did well. It could’ve been a lot worse,” Zurbrigg said. “We missed a lot of the rain.”

A key attraction this year was the Kenworth Corral, which featured dozens of old Kenworth trucks. Each year the show focuses on a different truck brand in the corral. While it hasn’t yet been decided, there’s talk of featuring the ‘Big 3’ – G.M., Ford, and Chrysler – next year. White remains to be featured, and then, the cycle will likely start over with Mack, Zurbrigg hinted.

“Those feature trucks are pretty good,” he said. “People love that.” 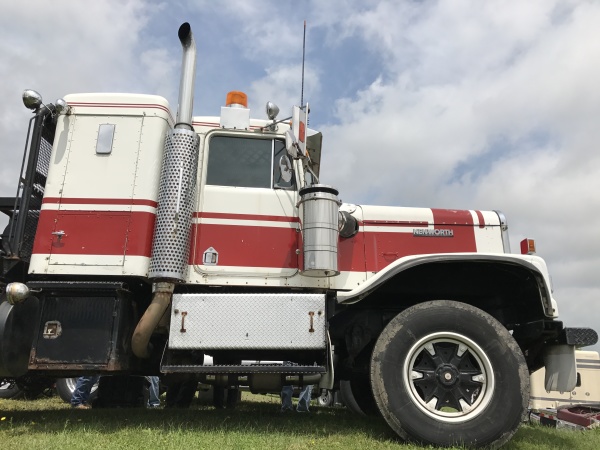 While some of the newer show trucks added sparkle to the event – and provided a neat juxtaposition against the muddy backdrop – Zurbrigg said the show is really a celebration of antique trucks, though show trucks won’t be turned away.

He also said the focus on older trucks attracts a different crowd than other shows, with rowdiness strictly discouraged.

“People are so happy here. It’s so laid back,” Zurbrigg said. “This is a big get-together and that’s the way we’ll keep it.”

The show is also home to some wheeling and dealing. Several trucks on display changed hands over the weekend.

And every truck, it seems, has a story behind it. As an example, Zurbrigg pointed to the ‘Dirty Dozen’ antique Peterbilt, which appeared in Smokey and the Bandit II.

“You won’t find too many trucks there that don’t have a story to them,” he said.

“If the weather would’ve cooperated, I think we would’ve had a lot more people,” said Zurbrigg. “But I can’t say anything bad about it.”

For more information on the truck show, visit www.GreatLakesTruckClub.com. To take a virtual tour of the show, see the photo gallery below.