TORONTO, Ont. – Last year will go down as one of the strongest years for Canadian truck fleet renewal, data from the

November sales of Class 8 trucks remained brisk across the country, remaining above the 2,000 mark and topping the monthly sales totals for 2013 and 2012. Overall, the 2,421 Class 8 trucks sold in November 2014 made for the sixth best November results since 1999.

The strong November numbers are contributing to the surge in truck sales forecasted for the final months of 2014. September numbers proved the optimism was not misplaced, October numbers were even better and the November numbers did not disappoint. So far 2014 is shaping up to be the sixth best year in Class 8 truck sales since 1999 with sales topping 2,000 every month since March. It is also more than 5,000 ahead of the 5-year average for Class 8 trucks sold. 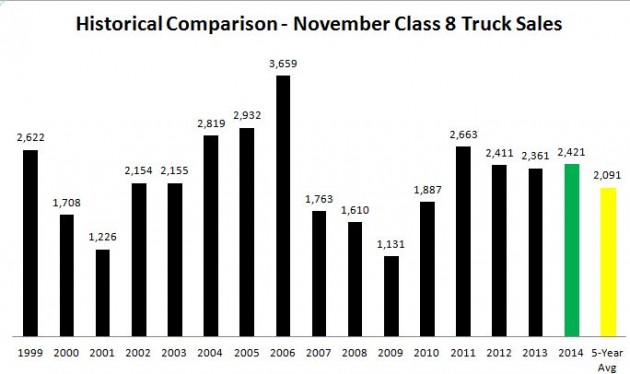 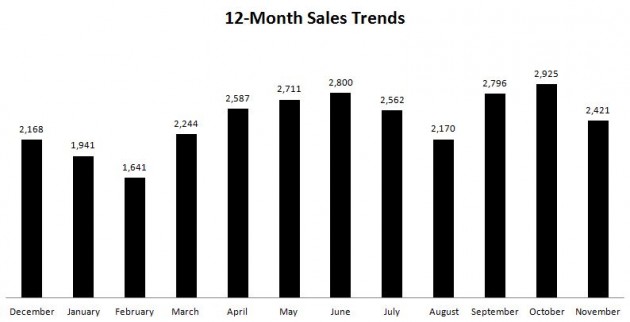 Our research shows small carriers are more willing to purchase new trucks than they have been in years and both carriers and truck manufacturers are feeling more optimistic about the industry outlook.

However, it is important to keep the surge truck sales in perspective. Class 8 sales in 2014 although strong are still considerably behind the industry’s best years of 2005 and 2006 and also behind the YTD totals for 2012.