NASHVILLE, Tenn. – The Cummins X15 Efficiency Series diesel has won the Truck Writers of North America’s (TWNA) 2016 Technical Achievement Award. The presentation was made on March 1, during an awards luncheon at the ATA Technology & Maintenance Council’s annual meeting in Nashville, Tenn.

“The engine won for its advanced combustion design that includes a little-used Atkinson Cycle, and other features,” explained Jim Park, chairman of the TWNA awards committee. “It beat out four other finalists who had previously topped a pool of 15 candidates for the award. A panel of industry journalists from Canada and the US debated and voted over a period of several weeks.”

The panelists nominated candidates from the products and services they observed over the previous year, Park said. To be eligible, a candidate must show technical innovation, have a wide applicability and availability in trucking, and offer significant operating benefits. For the first time, the award is named after Jim Winsor, a 50-year truck journalist and TWNA member who was active in TMC and a predecessor organization. Winsor passed away in 2015.

“Cummins is honored to receive the Technical Achievement Award for our 2017 X15 Efficiency series, and it is especially relevant to us that this recognition comes from truck industry writers, many of whom have experienced the enhanced driveability and responsive performance of the X15 engine first hand,” said Tim Proctor, Cummins X15 engine system technical leader.

Cummins redesigned its ISX15 to meet 2017 federal greenhouse gas and fuel economy requirements, and introduced two models called X15 Performance and X15 Efficiency. The Efficiency version employs an Atkinson Cycle in its valve action that adds fuel efficiency important to fleet managers, said John Baxter, a freelance technical writer, former mechanic and a member of the TWNA panel. That caught the attention of his colleagues in the voting.

“The engine’s valve events are modified so that compression is slightly limited, allowing for greater-than-normal expansion during the power stroke that follows,” he explained. “That means that the gases expand to 20 times their volume at the pistons’ top center by the time they are released, as opposed to standard expansion factors in the range of 15-17 to 1. Allowing the burning gases more room to expand captures energy that is normally thrown away when the exhaust valve opens.” 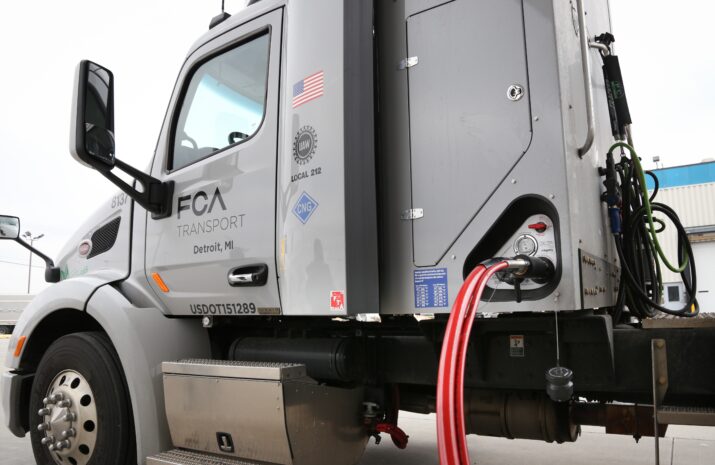