YOUNTVILLE, Calif. – David Carson, the newly installed president of Western Star, says the company is positioned for growth in the vocational segment and poised to take advantage of a strengthening market.

Speaking to the truck press for the first time since he took over as president in January, Carson noted residential and non-residential construction spending has finally recovered to pre-recession levels. He said up to $4.5 trillion must be spent to repair deteriorating U.S. infrastructure, and some major projects can’t be planned for.

“If a bridge goes, it has to be fixed,” Carson said. “If a critical highway has some sort of erosion or surface issue, investments have to be made. Brands like Western Star have to have the right products with the right body builders, and new solutions available for when those projects come around.”

“We are vocationally oriented, and that marketplace is extremely important to us,” he said. “We understand they are very different markets. You might be doing one or two truck deals in a vocational transaction rather than hundreds or thousands of trucks in on-highway.”

“Western Star is here to stay,” he said. “And we are really working to grow and develop the business, and I look forward to doing that.”

Samantha Parlier, vice-president, marketing and product strategy, is also new in that role, taking over in January. She said Western Star has strived to clearly define what a vocational truck is.

“A vocational truck is designed in such a way, it’s going to do a job or a series of jobs that couldn’t be substituted by rental, linehaul or P&D trucks,” she explained. “People are buying these trucks because they have a job to do.”

Dump trucks represent the largest vocational segment, at about 15,000 units a year. But Parlier said there’s no reliable data that breaks down the vocational truck market. Even dump trucks can vary greatly, with tandems, tri-drives, and lift axles commonly being spec’d.

“There are more than 3,000 counties and all have their own laws,” Parlier said. “Customers and dealers need to understand the laws and regulations in their specific areas. Bodies change dramatically.”

Bulk haul, heavy haul, crane, snow plow, mixer and vac trucks make up the other popular vocational segments. Not to mention logging, which was how Western Star got its start.

“It was started in Kelowna for one reason. There were lots of logs and trees to be cut down and we built the trucks to do it,” she said. “We still retain our dominance in the logging industry in the Pacific Northwest and other areas.”

To be successful selling vocational trucks, Parlier noted, “we need to understand the needs of our vocational customers. It’s complicated, not straightforward, and everyone has different needs.”

One segment that’s finally showing some signs of life is the Canadian oilpatch.

“We are seeing some activity being driven by it,” Carson said. “I wouldn’t say it has rebounded necessarily. Customers and dealers haven’t seen that, but clearly as oil price goes up all those opportunities north of the border become more viable from an economic standpoint.” 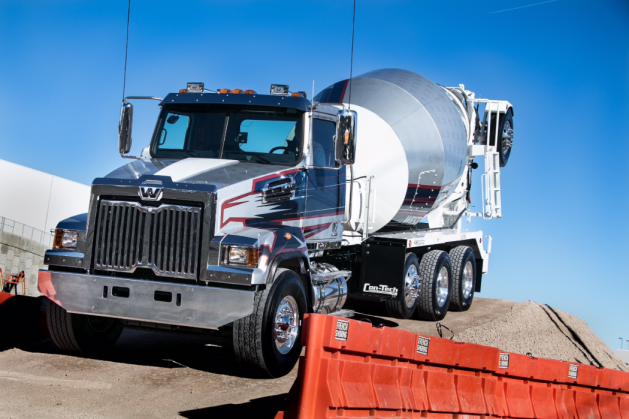