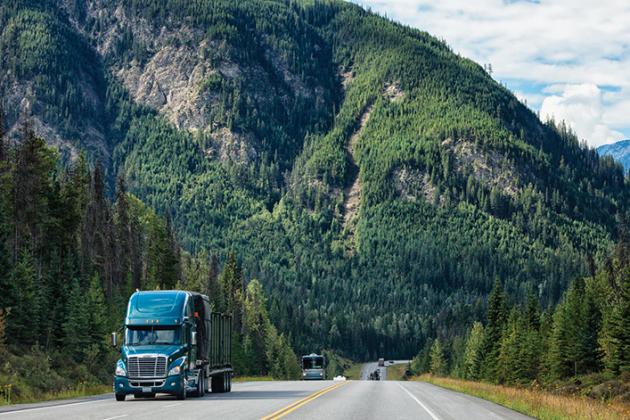 In B.C., truck drivers, along with several other positions in the industry, are in high demand, with vacancy rates higher than any other sector in the province.

KELOWNA, B.C.– “I don’t even know how you’re operating if that is at all possible.”

That was the reaction from B.C. economist Ken Peacock after learning from Statistics Canada that the trucking industry has the highest job vacancy rate of any sector in B.C. at 17%.

Peacock, who was speaking during the B.C. Trucking Association’s AGM and Management Conference in Kelowna, B.C., June 1, went so far as to say he didn’t believe the numbers were correct, and estimated it to be closer to the 10% mark.

“In a way, this is almost inconceivable,” he said.

The high vacancy rates were seen in the fourth quarter of 2018, and were by far the highest in the country, with Alberta and Manitoba at 6.5%, and Saskatchewan at 3.8%. The next highest province after B.C. for trucking job vacancy rate was Quebec at 6.8%.

“B.C. has been a good news story for half a decade now,” Peacock said.

A Business Council of B.C. economist, Peacock provided an outlook of the provincial economy, as well as the country as a whole, saying B.C.’s growth rates remained the best in Canada, thanks in large part to the advancement of the LNG project, which will also help boost the trucking industry.

Anticipated real GDP growth for all of Canada is 1.4%, significantly lower than in previous years, with a slowing housing market taking much of the blame. U.S. growth rate is expected to be around 2.5%.

Peacock said he expects Alberta’s economy to continue doing better in the coming years, saying its new premier, Jason Kenney, “is going to be relentless and take it to B.C. to try to rebuild Alberta.”

With the western provinces both relying on each other for energy resources, Peacock said he does not understand the current spat over the construction of new pipelines in B.C.

He said the provinces have long relied on each other for oil and gas products, “but some politicians don’t want to admit that fact.”

Peacock concluded that there are signs of a Canadian and U.S. recession on the horizon, and though not certain, could begin in the coming year.