If you’re hauling temperature-controlled products, spec’ing the right trailer refrigeration unit (TRU) is an increasingly important decision. With regulations in the works that will require increasingly low-emissions TRUs and the tracking of cargo temperatures throughout the supply chain, choosing a substandard or outdated refrigeration unit could be a costly mistake.

We talked to some Canadian experts to find out what types of questions fleets and owner/operators should be asking before plunking down their money for a new refrigerated trailer.

Single-temp TRUs still comprise the majority of the market, but there is growing demand for multi-temp reefers, according to Don Bradd, vice-president and general manager, Thermo King Eastern Canada.

“They’re becoming more popular with the larger grocery chains and for distributing into remote areas,” he explained. “Sometimes it’s hard to get a load of one temperature-controlled product to a grocery store in Sutton. With a multi-temperature refrigeration unit they can deliver both frozen and fresh product to individual stores.” 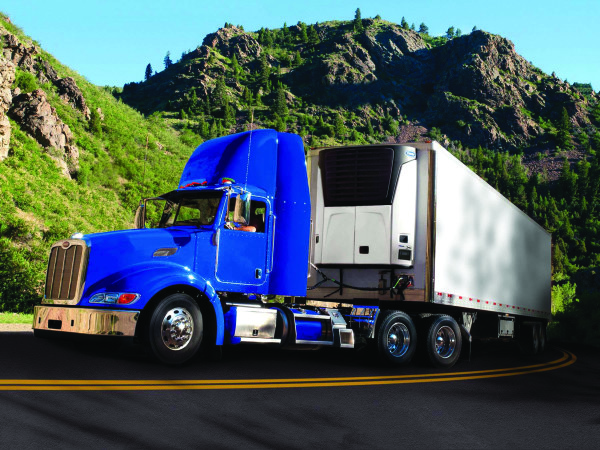 Larger food service companies are increasingly moving to the multi-temperature units to give their equipment some added versatility.

When it comes to choosing a trailer refrigeration unit, Cettina Sciberras, sales operations manager at Reefer Sales and Service in Mississauga, Ont. says it’s important to know what type of freight you’re hauling before committing to one specific unit.

“There’s pretty much only two different types of Carrier Transicold models,” she said.  “There’s a universal reefer that Carrier offers that’s the 7300 model. And then there’s a deep frozen model reefer, called the 7500. So if you’re hauling something like ice cream on a regular basis, you’ll probably want to go with the 7500 unit. Everything else is doable with the 7300, like produce, fresh fruits and vegetables.”

If you deliver a wide range of products including a mix of produce, perishables and frozen food, Sciberras always advises customers to purchase the unit with the larger capacity.

“If you’re on the cusp and you’re in an ambient 100 degrees F and you don’t know if you should get the 7300 or the 7500 always step up to the higher capacity unit,” she said. “Just for the fact that it’ll cool down faster, run less hours, and will reduce cost on maintenance and extend your warranty in some cases.”

Most TRUs can now be ordered with optional shorepower, allowing fleets to plug in while loading and unloading. Not only does this reduce the fuel consumed by the refrigeration unit, it also cuts down on emissions.

This is becoming a must-have at some distribution centres, which have strict anti-idling policies in place. A fleet won’t want to be caught without the shorepower option when one of its customers begins slapping up no-idle signs.

California has the toughest emissions requirements in North America and those extend to trailer refrigeration units as well. Is the unit you’re buying lifetime-compliant in California? Some will only be permitted for seven years. Check with your supplier to ensure you will be able to get the usage that you require out of the TRU you’re buying.

Telematics for the future

Many of the more sophisticated temperature-controlled fleets today are taking advantage of telematics to remotely monitor cargo temperatures.

“It’s not standard yet, but it’s getting very close to that,” said Bradd. “A lot of the highly progressive fleets in North America are moving more and more towards telematics.”

John Fitzgerald, regional sales director with Thermo King Eastern Canada, added telematics will soon be required in the US as part of the Food Safety Modernization Act, which will require carriers and shippers to monitor product temperatures right through the supply chain, including while in-transit.

“Not many reefers out there will not have telematics on them in some form or another going forward,” predicted Bradd.

Another capability fleets and drivers are enjoying is the automated pre-trip feature now available on many units. This will conduct a thorough inspection of the TRU, generating a health report of sorts, before it leaves the yard. That way any problems can be addressed at the fleet’s or shipper’s facility rather than on the road where the risk of spoilage is higher.

Thermo King’s pre-trip inspection system checks for more than 300 potential issues, including refrigerant, cooling, heating, electrical pressure, fans, etc. This can be done in minutes while a driver performs the pre-trip inspection on the rest of the tractor and trailer.

However, Fitzgerald pointed out, it’s only effective when used. If the system is available, fleet managers should ensure drivers are taking the time to run the pre-trip inspection.

When spec’ing TRUs, Sciberras noted that air chute is an important consideration – since it will be circulating that cool air in the trailer.

“The air chute that you choose is very important to your application,” she said. “We have two chutes that we recommend for the two applications.”

The first is a tube chute that gets the most airflow to the back door with one attachment point in the ceiling, making it virtually damage free. The second, which Sciberras said she recommends to those running produce, is the split-finger transition chute.

“It’s solid up front and then after 15 feet it goes to a transition, where it distributes the air more evenly through the trailer. I recommend it to those running produce because there is always the risk of freezing the last few pallets if you have all the airflow to the back wall.”

She also recommended that when spec’ing your trailer refrigeration unit you should be sure that it has a front wall bulk head.

“It helps keep things off the front wall so you can get the return air all the way through the trailer,” she said.