It’s been a year since Daimler Trucks acquired a majority stake in Torc Robotics, complete with the promise to produce highly automated vehicles within a decade. And they’ve covered plenty of ground since then.

Their initial test fleet of SAE Level 4 autonomous trucks – equipment that can perform all driving functions under certain conditions – is now on the road. Work to redesign the truck chassis is underway, test protocols and a driver certification process have been established, and the underlying software stack continues to advance.

The recently formed Daimler Trucks Autonomous Technology Group is also setting up a new test center in Albuquerque, NM, in a region of the U.S. that has become ground zero for such experiments.

This fall, the on-road tests in the state will build on work that’s been conducted over the past year in Virginia, and on the closed track at Daimler Trucks North America’s High Desert Proving Grounds in Madras, Ore. Broader tests first announced in February, temporarily sidelined because of Covid-19, returned to Virginia roads in June.

Torc Robotics has been growing amidst it all. Now part of the global Daimler family, it announced in May that it would expand by more than 50%.

When the business officially opened a 16,000-sq.ft addition to its Virginia headquarters last month, it even came with news that the team had already outgrown the available space.

While Daimler and Torc clearly have their eyes on the future of autonomous trucking, they have deep roots in efforts to bring such technology to life.

“We’re one of the pioneers of self driving,” Torc Robotics CEO Michael Fleming noted this week, during a briefing with North American media.

The business has been working on autonomous vehicle software since competing in the 2007 Urban Challenge supported by the Department of Defense Advanced Research Projects Agency (DARPA), when teams looked to build an autonomous vehicle that could travel 95 km in less than six hours. Its adapted Ford Escape, known as Odin, came in third out of 35 teams.

That was even before the Society of Automotive Engineers (SAE) even defined the six distinct levels of autonomous vehicle capabilities.

Daimler itself was showcasing the potential of automated commercial vehicles in 2014 as part of the Mercedes-Benz Future Truck, and brought the demonstrations to North America the following year when it unveiled the Freightliner Inspiration Truck in Nevada.

Since then, it has brought some of the individual controls to the marketplace in the form of Detroit Assurance 5.0 with Active Lane Assist, which helps an equipped Freightliner Cascadia identify threats and apply brakes, maintain lane positions, and adjust cruise controls down to a stop and back on a roll. In other words, it was the first to commercialize a Level 2 commercial vehicle.

As far as they’ve come, there’s still plenty of ground to cover. Today’s on-road tests still require a specially trained “safety driver” at the wheel, as well as a “safety conductor” to oversee the technology itself.

There are “plenty of challenges,” Fleming said. “I think that’s common for any new technology that is highly disruptive.”

“It’s a really difficult mission,” admitted Peter Vaughan Schmidt, head of the Daimler Truck’s autonomous technology group. But he says the teams have learned much from each other during their time together.

While the idea of an on-highway autonomous truck is more complex than developing equipment that could run in gated areas, it still sits in a “sweet spot” between that and robo taxis. There’s also a strong business case since human drivers can’t work around the clock, Vaughan Schmidt said.

The early focus is targeting highways between defined distribution centers, maybe with a few lane changes along the way.

There are still expected to be cases when such Level 4 trucks need human intervention. Fleming refers to a situation where a police officer waves down one of the vehicles. An operator in a remote location might need to access a video feed to determine whether it’s safe to continue or pull off to the side. After that, the automated onboard safety systems might need to kick in if the officer actually steps in front of the truck.

The broader development process will involve deciding how vehicle control centers will be used, and whether such trucks will need to be held to a higher mechanical standard than their people-driven counterparts.

Then there is the need to account for the unexpected.

“Bad actors are somewhat unpredictable,” Fleming said. It’s what the research is about. As new issues are identified, the scenarios are integrated into the software stacks that will be responsible for making decisions on the road.

Fleming compares it to the evolution of the cell phone. The first brick-sized models didn’t work in every region. But they set the groundwork of the ubiquitous smart phones we see today.

“There is still, I think, a sweet spot where it absolutely makes sense,” Vaughan Schmidt said.

“Our approach is we’ll deploy a product when it’s safe,” Fleming agreed.

Limits to the technology

As safe as the equipment eventually becomes, there are limits.

“Self-driving technology will not defy the laws of physics, and for that reason an accident will take place at some point,” Fleming said, responding to a question about whether an accident would set back the broader efforts to develop autonomous vehicles.

But the autonomous technologies are still adding new capabilities in the name of safety. Even today.

“We are absolutely committed to our mission of saving lives,” Fleming said.

The next question is when the technologies will be ready for production. Daimler and Torc are not alone in this race. Navistar and TuSimple, for example, recently announced plans to be producing autonomous trucks by 2024, as part of an autonomous freight network. Waymo is working with Fiat Chrysler to develop Class 1-3 autonomous commercial vehicles, and it also testing tractors.

Fleming sees clear advantages of working with a global OEM and tapping into its relationship with Tier One suppliers to develop things like a new generation of sensors.

But he is critical of those who boast about “miles driven” or “miles of disengagement”, or anyone who attempts to push legislators to ease existing rules that currently limit the use of autonomous vehicles.

“The goal is on developing a system that is cost-effective and will drive both safely and efficiently,” he said. 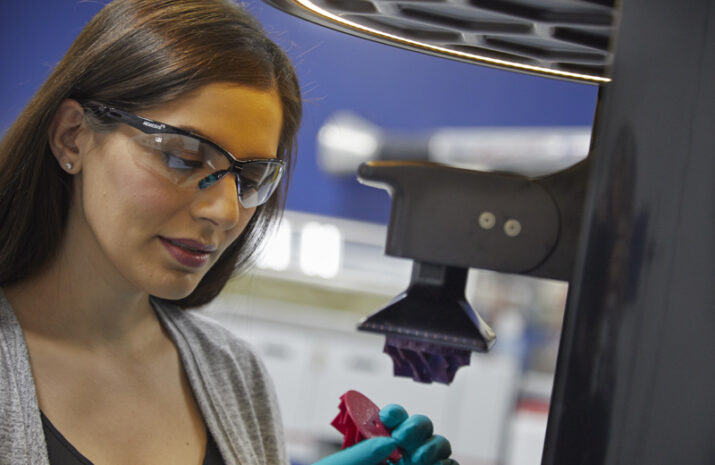