WINDSOR, Ont. — Construction of the new Gordie Howe International Bridge should get underway in the summer of 2018, and take four years to build, top officials with the Crown corporation overseeing the bridge’s construction and future operations say.

Windsor Detroit Bridge Authority (WDBA) president and CEO Michael Cautillo said the consortium to build the bridge will be chosen next spring. Asked by reporters following the WDBA’s annual public meeting here if this means construction could start by summer 2018, Cautillo said, “I would think so, yes.” 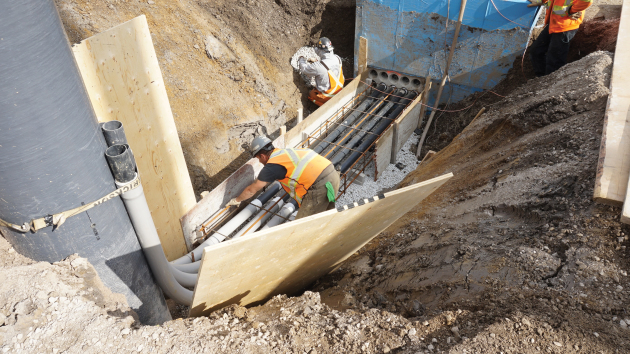 Originally it was thought bridge construction would have been underway by now. But the process has taken longer than expected, in part owing to the time it has taken to acquire properties – especially on the American side – and a delay in issuing requests for proposals to prospective contractors. A change in the federal government following the October 2015 election has also been considered a factor. Three international proponents are now bidding to build the bridge, which has been estimated to cost $2 billion, but which authorities say is not an official figure, and is largely dependent on the winning bid’s price.

The original projected opening of the bridge in 2020 has been moved to 2022.

Officials at the public meeting announced that 60% of US properties have now been obtained for the American port of entry and connection to Interstate 75. (All properties on the Canadian side have been acquired). The chief opponent of the bridge, Detroit businessman Matty Moroun, who owns the competing Ambassador Bridge, also owns some of the remaining property that’s needed.

But WDBA interim chairman Dwight Duncan was undaunted in the face of any opposition. Despite Moroun’s well known litigious nature, Duncan said the Gordie Howe’s construction timeline will be met.

“You can be assured that we’re going to fight them every single step of the way and we will win,” he said. “And we have confidence, not only that we will win, but that we’ll have the properties in the timelines we need them by.”

Duncan said that long-term, the Gordie Howe bridge will generate significant economic activity for Windsor as a center for freight consolidation and logistics.

He said the new bridge will greatly expedite crossing the border whereas the present bridge is “effectively down to one or two lanes,” due to rehabilitation work, and “trucks are lining up again.”

Pointing to the vast transportation-related industries in the western Greater Toronto Area (GTA), Duncan said Windsor could get a piece of that pie.

“I have had conversations with people who are looking at a range of opportunities,” he said. “Think about when you drive (along) the 401 – you go through Brampton, Mississauga, and you look at all those warehouses, that’s all transportation, that’s all logistics, there are a lot of people working in those places.”

Asked if he could specify a diversion target of truck traffic, Cautillo would only say “It’s going to depend on the experience that the truckers are going to have on the new crossing of travel time savings that are going to be there, trip time repeatability, and ease of getting across the border.”