Law and the Border: ACE E-manifest to become mandatory in 2007

December 1, 2006
US Customs and Border Protection (CBP) has announced a mandatory phase-in of the Automated Commercial Environment (ACE) truck manifest system in 2007. 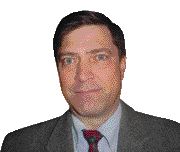 US Customs and Border Protection (CBP) has announced a mandatory phase-in of the Automated Commercial Environment (ACE) truck manifest system in 2007.

The phase-in will occur in clusters of designated ports of entry in six different groups. The first group, consisting of all ports of entry in the states of Washington and Arizona, and the North Dakota ports of Pembina, Neche, Walhalla, Maida, Hannah, Sarles and Hansboro will require the use of ACE as of Jan. 25, 2007.

The background for this development goes back to the US Trade Act of 2002, which required the CBP to create a system for the mandatory transmission of electronic cargo information before the cargo is brought into or departs the US by any mode of commercial transportation (sea, air, rail or truck).

Approximately three years ago, the CBP announced regulations to implement a system for transmitting inbound cargo information through an approved “electronic data interchange” system. Those rules require carriers to transmit the information at least one hour prior to the carrier’s reaching the port of entry. Carriers arriving with shipments qualified for FAST clearance were allowed to transmit the information no more than 30 minutes prior to arrival.

ACE operates as a single interface for all release types, including PAPS, BRASS, FAST, CAFES and electronic in-bound QP/WP messaging.

It transforms the systems that previously operated separately into one consolidated portal with a single sign-on, allowing multi-agency coordination and “point-and-click” access.

Beginning in September, 2004, CBP designated carriers to participate in a test to transmit electronic manifest data through ACE, allowing the carriers to electronically transmit the truck manifest data and obtain release of their cargo, crew and equipment through the ACE Portal or other electronic data interchange message system.

This allowed testing and improvement of the system to correct operational difficulties and improve processing times before rolling out the program formally and making it mandatory.

It now appears that CBP is satisfied with the ACE system sufficiently to require mandatory use. The CBP announced the phase-in of the first cluster of ports on Oct. 27, 2006.

The law requires 90 days advance notice to mandate the use of ACE at the designated ports, resulting in the first mandatory phase-in date of Jan. 25, 2007 for all ports in Arizona and Washington, and the specified ports in North Dakota.

The remaining ports in the US are divided into the following five groups in sequential order:

4. All remaining ports in North Dakota that were not part of the original group;

In each case, the CBP will provide 90 days advance notice of implementation, as required by federal law.

The announcement of the first phase did not set forth a time table for the implementation of the other five phases.

During the phase-in, carriers may have to use ACE and non-ACE systems of clearance until ACE deployment is mandatory and complete at all ports.

At a port that has mandated the use of e-Manifests, the carrier must follow the one hour/30 minute rule by transmitting an e-Manifest that complies with the ACE advance cargo rules. ACE ports will continue to supports PAPS, BRASS and FAST methods of obtaining cargo releases.

At ports that have deployed ACE but have not yet mandated its use, the carrier will have the option to file an e-Manifest under ACE or follow existing approved methods.

At ports where ACE is not yet deployed, carriers will have to continue to use the same systems and paper manifests that they are now using until the port transitions to the ACE system.