January 1, 2000
The story so far:Mark Dalton picks up a load of electronic equipment from a struggling trade show in Saskatoon, en-route to Vancouver. That was where show managers hoped to pick up their numbers. He m... 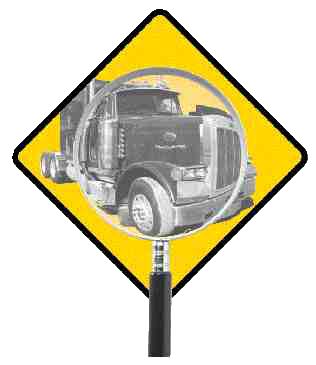 The story so far:

Mark Dalton picks up a load of electronic equipment from a struggling trade show in Saskatoon, en-route to Vancouver. That was where show managers hoped to pick up their numbers. He may just be filling in for one of their regular drivers, but they’re treating him like family, complete with free accommodations in Calgary…

Once arriving there, an attractive businesswoman begins flirting with him. Things move to the bedroom, but after a few drinks he begins to pass out…

He wakes up. Alone. And doesn’t remember much about the previous night. All he has to show for it is a splitting headache, but that’s nothing compared to the one that he finds at the local coop.

He’s supposed to be hauling lightweight electronics, but the enforcement officer insists that he’s 1,000 kg overweight. And when he opens the barn doors to take a look, he sees why.

The floor is piled with a stack of cinderblocks. He’s been duped. Those involved in the struggling electronics show made sure they would know where he was – complete with the help of an attractive woman – and stole his load. They went so far as to weigh down the trailer so he wouldn’t notice a difference in the way it handled.

But after a quick call to a show official, looking for help with this curiously overweight load, he’s ready with a surprise of his own …

The sun had almost set beneath the western horizon and the scales had been closed for the night when a pale-blue Freightliner bob-tailed up the ramp and came to a stop in front of Mark’s rig. The pale blue color was unmistakable, the same one he’d seen outside the motel in Calgary.

Mark watched patiently from his vantage point in the field next to the weigh scale, squeezing out the cramps that had formed during the over two hours he’d been waiting for someone to arrive.

The driver of the Freightliner got out of his cab and walked back to Mark’s Peterbilt. He climbed up to take a look in the cab and, not finding Mark there, rapped his knuckles on the door. Getting no response there, he headed to the rear of the trailer.

“Hello,” he called out. “Hello.” Mark could just barely hear him, but said nothing.

At last the man stood at the end of the trailer, looking around as if he thought Mark was off somewhere taking a leak and would be back any minute. The man was over six feet tall, probably weighing 220, 230. He wore a big cowboy hat on his head and looked pretty scruffy, like a real cowboy. From the way he carried himself Mark guessed he was probably good in a fight. And since he’d shown up without a trailer, it didn’t seem like he was here to help Mark lighten his load any. Mark guessed he might be able to surprise him, maybe even get in a good whack with his bat, but there was no way he’d be able to wrestle or brawl with the man – he was just too big. Mark decided to remain crouched down and hidden by the brush, biding his time.

The cowboy thrust a hand in his pocket and looked to be fishing around for something inside it.

Was it a key? Mark wondered.

Then he fiddled with the lock at the back of the trailer and undid the lock.

“So he has a key too,” Mark muttered under his breath. “Sure makes it easier to unload a trailer that way.” He stayed where he was, but got ready to move in a hurry.

The man opened up the back of the trailer and swung the right door open. From his body language, Mark could tell that he was surprised by what he saw. “What the hell?” he said, the disbelief apparent in his voice, even at this distance.

Before Mark had locked up the trailer, he had moved the cinder blocks forward and stacked the back of the trailer with pallets from the front so when the door was opened, it would look as if it were stacked front-to-back and floor-to-ceiling with electronic equipment.

The cowboy stood there, staring up into the trailer in dumbfounded amazement. Strange, eh? Mark thought. You cleaned it out yesterday, and here it is, full again?

The cowboy gave the boxes a slight push to check their weight, and Mark laughed. He had weighed down the bottom three rows with cinder blocks and left the top three empty. Obviously, cowboy knew something wasn’t right here and decided to investigate. He grabbed hold of the left side door and pulled himself into the back of the trailer.

Mark jumped to his feet and bolted from the field, quickly moving across the strip of open ground between the field and the trailer. There was a loud noise from inside the trailer. The man inside had probably given the top boxes a push and had fallen over when they gave way. It was just the break Mark had needed. When he got to the trailer he grabbed the right door and swung it as hard as he could. If it didn’t close in time, then at least he might be able to hit the cowboy with the door on his way out. But there was no bang or grunt of pain and the door made it all the way closed.

“What stuff? What are you talking about?”

“The stuff that was loaded onto this trailer in Saskatoon. The stuff that’s supposed to be on its way to Vancouver?”

“I was just told you had a weight violation and needed some freight off-loaded. That’s all.”

“So where were you supposed to put the freight without a trailer.”

“So you weren’t at the Budget Motoring Inn last night, unloading the freight from my trailer onto yours?”

Mark had had enough. “Let me just remind you where you are at the moment, pahdnar! I would imagine the inside of this trailer will get pretty hot around about the middle of tomorrow. Probably be like a sauna in there, especially after you relieve yourself at some point in the next day or so.”

“Someone would cut me out,” he said, a little too confident for Mark’s liking.

“Maybe so… if I left you here. But what if I take this trailer to some back road and park it? Maybe someone would pass by in a day or two, maybe not.”

“You can’t do that, man!” The sudden desperation in the guy’s voice was much more appropriate to his situation.

“Oh, I can do it. And I will, too… unless you start answering my questions.”

“All right, have it your way,” said Mark, walking along the trailer toward the cab.

“Okay, wait, wait!” came the call from inside the trailer.

“All the expensive stuff.”

“Thanks.” Mark lowered the landing gear, pulled open the lock on the fifth wheel and began the process of uncoupling the trailer.

“Hey, hey,” the man called from inside. “What are you doing?”

“Don’t worry,” said Mark. “I’ll leave a key and a note for one of the officers. You’ll be out of there in the morning.”

“That’s just how I feel,” said Mark, continuing to work at freeing up his truck.

When he was done, he wrote a short note and taped it and the key to the door of the kiosk. on his way back to his rig, he banged on the trailer with his bat and said, “See you round.”

“You better hope not,” said the cowboy inside.

He started up “Mother Load” and headed up the road. About five kilometres along he came across the pale blue trailer off on the shoulder. He pulled off, stopped and backed himself up to the pale blue. A few minutes later he was hooked up and back on Highway 1 with his load once again trailing behind him.

Mark pulled into B.C. Place late on Wednesday morning. He’d wanted to be there earlier, but there had been too many things for him to take care of that morning. He was directed to the right loading dock by a security guard and backed the pale blue trailer up to the dock with little more than a bump. He hopped out of the cab and made his way up to the dock. The shipper, Bradley J. Proctor, was waiting for him with a dumbfounded look on his face.

The shipper said no
thing. Obviously he was a little surprised to see Mark there, seeing as he’d sent the cowboy to the weigh scale in Calgary not to lighten his load, but to put out his lights.

“Yeah, it’s almost noon and you said to be here in the morning. I had some trouble at the weigh scales near Calgary. But I called you about that, remember?”

“What are you doing pulling this trailer?” asked Brad.

“It’s not the trailer we loaded for you in Saskatoon.”

Mark stared at the trailer with a confused look on his face, but couldn’t help but crack a smile.

“You know, I think you’re right, Brad. This one’s blue, and the one you gave me was white.” Mark continued to look at the trailer. “But it shouldn’t matter too much to you, this is the one that has all the equipment in it.”

Bradley was getting angry, and motioned to a couple of men on the loading dock. The men came forward, surrounding Mark on all four sides. “You can wipe that grin off your face, pal,” said Brad. “‘Cause you’re in a big mess of trouble.”

“Trouble follows me around just about everywhere I go,” Mark continued. “But lucky for me, these guys -” He paused a moment as the sound of sirens began to echo through the loading area. “- are never too far behind.”

Bradley’s face turned white. The men surrounding Mark, suddenly seemed to be busy with work that had nothing to do with Mark.

“Sorry Brad,” said Mark. “I don’t like to be late with my loads, and I really hate being somebody’s patsy.”

Brad’s mouth fluttered opened, but he was unable to speak.

“It was a pretty good plan,” said Mark. “And it would have worked, too. You just gave the load to the wrong guy is all.” n

– Edo van Belkom of Brampton, Ont. is the author of such titles as Death Drives a Semi, Lord Soth, Mister Magick, and Northern Dreamers: Interviews with famous Authors of Science Fiction, Fantasy and Horror.