TORONTO, Ont. — Canada’s largest grocer is shopping for something that doesn’t exist. Not yet. But that has hardly slowed Loblaw in a bid to electrify its private fleet within the decade.

It was one of the first Canadian operations to pre-order Tesla Semis, long before production dates were actually established, and has been actively exploring pre-production electric trucks from the likes of Freightliner and BYD. The focus isn’t even limited to the power units themselves. Other tests are exploring everything from solar-powered reefers to battery-electric Terberg yard tractors.

It’s all part of a corporate goal to ensure 2030 greenhouse gas emissions are 30% lower than those generated in 2011.

“At Loblaw, we recognize the growing environmental, social and business impact of greenhouse gas emissions,” executive chairman and president Galen G. Weston said in 2016, when announcing the targets. “As one of Canada’s largest energy users, we are committed to being part of the solution. We will deliver carbon-reduction in line with our nation’s targets and demonstrate, along with other forward-looking Canadian companies, that these goals can be achieved without sacrificing economic growth.” 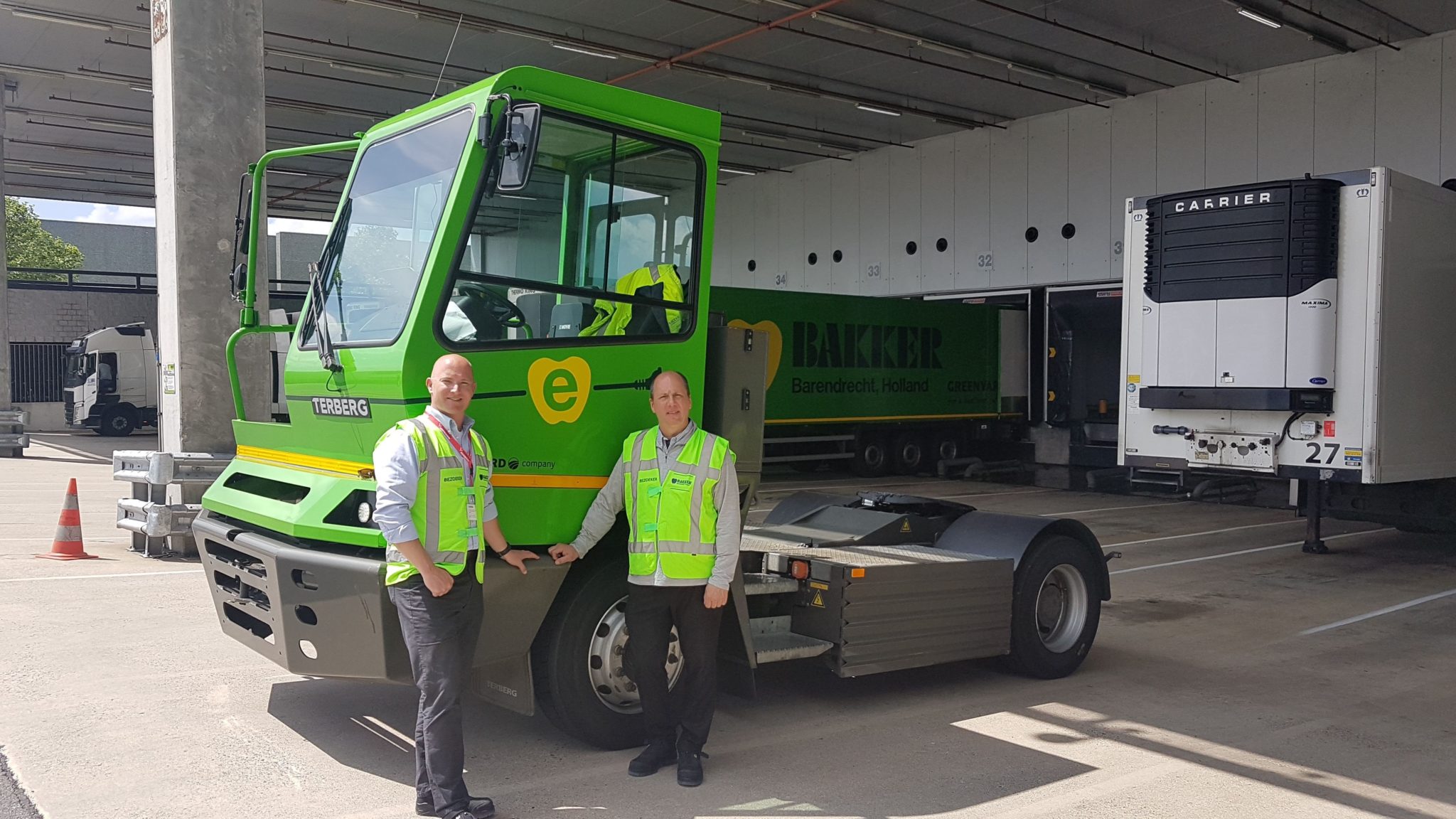 It’s an admirable target, but no small task given the short-term timelines. The studied equipment choices are not widely available. There are still questions about how well they will perform during Canadian winters. (Yard tractors are being tested in Vancouver rather than Regina for that very reason.) What charging infrastructure will be needed, and what training will be required?

They were only a few of the questions that Wayne Scott had when he returned from the IAA Truck Show in Hannover, Germany, and sat down with Chief Administrative Officer Rob Wiebe, who had been responsible for the company’s transportation and supply chain in previous roles.

“He said, ‘Wayne, you’ve got a job to do,’” recalls Scott, the fleet’s senior director – transport maintenance. “Figure it out.”

The last few years have included a focus on that very thing.

“Because of our application, we’re a perfect fit,” Scott says, referring to the operating ranges that can be served by an early generation of electric trucks. Out of close to 1 million loads per year, about one in five Loblaw trips venture no further than 100 kilometers of a distribution center. Freightliner’s Class 8 eCascadia, by comparison, is promising an initial range of about 400 kilometers per charge.

The fleet has also secured a space on Freightliner’s electric vehicle council, which is helping to inform the manufacturer’s broader rollout of electric trucks, and secured a recent demonstration in Surrey, B.C. as part of it.

“We had 65 people there from all across Canada,” Scott says of the event held late last year. “We had dealerships and fleets and customers, and we had BC Hydro in just to understand what we were doing. We had some drayage companies in that run drayage for us out of the ports.”

He was impressed, too.

“The performance is off the charts,” Scott says, referring to test runs in an eCascadia loaded to an 80,000-lb. gross vehicle weight. “The loudest thing on that truck is the tire noise.”

“If you take a look at your traditional diesel engine, when you accelerate you get the torsional twist to the cab, and the turbo noise, and shifting gears. This, it’s just a straight linear acceleration. There’s no twist, there’s no torque, there’s no turbo noise. It’s eerie quiet – the point where you don’t even realize you have a load. You just accelerate through it.”

District managers huddled together the following day for a deeper dive into the equipment.

Indeed, there is still plenty of research to do, Scott says, referring to challenges that remain despite recent advances in electric vehicles. Lithium-ion batteries won’t properly charge at temperatures below 0 Celsius, for example, which means electric trucks might need to be charged inside a shop.

Then there’s the matter of supplying the power needed in the first place.

“We all realize the trucks are coming,” Scott says. But charging a handful of test trucks on the circuit that supports an arc welder is one thing. Electrifying an entire fleet is an entirely different matter.

A fully electrified fleet would require distribution centers to tap into six times more electricity than they use today, he explains. Other challenges will be unique to individual locations. At one distribution center, Hydro Quebec was able to locate high-voltage power lines nearby, and the lot includes a 600 kV transformer that’s only 40-45% utilized. Other sites would require bigger infrastructure investments.

Even the timing of the charging cycles will need to be considered, to offset the higher prices associated with peak electrical demand. That could require the use of battery banks to support vehicle charging when electricity costs are at their highest, or maybe generating power with rooftop solar arrays.

Beyond the trucks, the focus involves monitoring developments in subsystems, such as the Hyliion hybrid axle, and electric offerings from Cummins, Eaton, Dana and more.

To compound the issues, many recent equipment advances are underway in Europe. If Loblaw wants to tap into those, it needs to address the fact that North American systems run on 60 Hz rather than Europe’s 50 Hz.

Beyond the electric trucks, every reefer unit purchased in the last two years has also come with electric standby power, and two or three distribution centers will be outfitted to support such units in the coming year. In a location like Calgary, where some of the trailers are parked for an extended period of time, replacing idling diesel-powered units will play a significant role in reducing unwanted emissions.

But no matter what, every OEM that’s looking for a piece of the Loblaw business is being asked to showcase electric offerings and plans as part of the pitch.

“You’ve got to show me something different than just the normal Class 8,” Scott says. “I’m not going to put three or four different OEs in my fleet. I want to have two.”

Of course, the fleet executive recognizes there will be differences between these trucks and the fleet that’s ultimately put into service. “The next generation [of trucks] can’t have 10,000 lb. of batteries, so you need something that would extend the range,” he says as an example.

The good news is that an array of manufacturers is pushing the limits in the search for the best solutions. But Scott points to one man when asked about the driving force in the industry’s march toward electric vehicles.

“You’ve got to remember, the only reason we’re doing this is because of one guy: Elon Musk,” he says, referring to the Tesla founder. “He has pushed the envelope so hard and so far, that he’s pushed us into doing this.”

There are regulatory pressures on the horizon as well, of course. Many European cities have already announced plans to ban vehicles that run on fossil fuels. “It’s only going to be a matter of time before it comes into North America,” he says.

But Scott is clearly a believer in battery-electric vehicles.

“I’m sold on the technology,” he says. “We’re going to try a little bit of everything just to see where it comes out in the end, see who wins.”

Read more about the challenges of charging and maintaining electric trucks