Now calling The Truck Shop dealership in Auburn, Wash. home, the truck was manufactured in Kelowna, B.C. during the second year of the Western Star brand’s existence.

The vintage 1968 truck spent time on display at the Daimler Trucks North America corporate headquarters in Portland, Ore., and earlier this year rode cross-continent on a flatbed from Auburn to Quebec City, where it was on display at the 2017 Western Star dealer meeting. 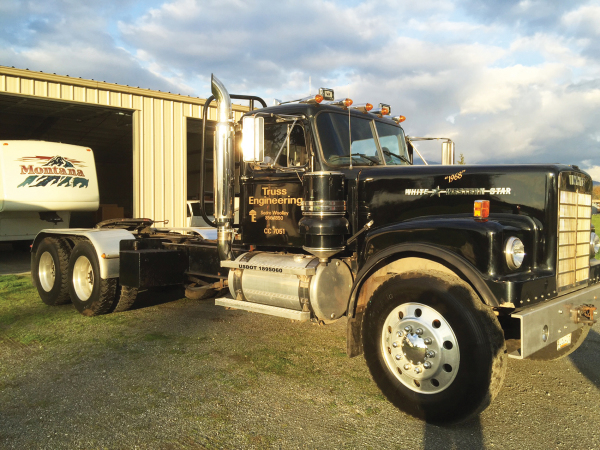 Despite its age, Small said the 49-year-old truck doesn’t need any help adding to its odometer.

“It runs like a top,” said Small. “I would drive this truck anywhere. We just want to protect it.”

Small and his brothers, Steve and Dan, purchased the truck for their dealership in December 2015.

Though it now lives a life of leisure, the 1968 Western Star worked for more than 45 years, hauling logs and poles for a decade after being built at the company’s former plant in Kelowna.

It was then converted into a crane tractor for the subsequent owners’ building truss company, delivering trusses in and around Washington’s Skagit Valley from 1978 until the company closed its doors in 2015.

The truck maintains most of its original parts. The initial Cummins 335 engine was replaced with a Cummins Big Cam II with 400 hp in 1980, and in 1994, the 5-speed main box and 4-speed auxiliary transmissions where changed for an Eaton Fuller 18-speed.

But its working days are over, and other than some coats of polish, the classic Western Star has only become more striking with age.

“It’s a beautiful truck,” Small said. “Customers come in, particularly the older ones, and they can’t stop oohing and aahing over it.”