VANCOUVER, B.C. — There’s no question the Trump administration made some waves during its first 100 days in office, and imposing up to 24% duties on subsidized Canadian softwood lumber was one ripple that hit Canada’s shores, making some in the industry uneasy.

“We are very concerned about the potential for the effects of these duties flowing down the supply chain to the logging contractors in British Columbia,” said David Elstone, executive director of B.C.’s Truck Loggers Association. “Over 90% of the timber harvested in this province is done by independent timber harvesting contractors. The duties are unjust and we expect our industry will vigorously defend against them.” 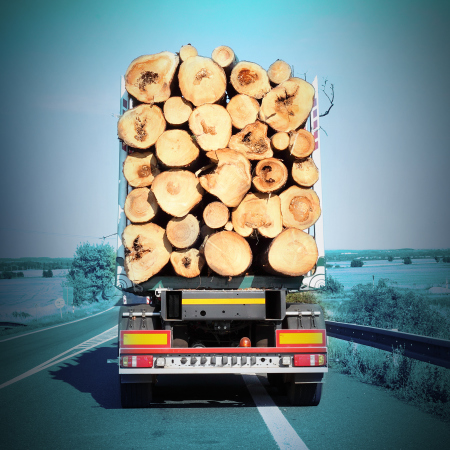 Elstone said he was waiting for the next shoe to drop on the softwood lumber dispute, with a preliminary determination on anti-dumping duties expected to be announced June 23.

“The combined duties could potentially have a severe impact on our industry,” he said.

This is certainly not the first time Canada and the US have had disputes over softwood lumber exports heading south of the border. The US has claimed for several years that Canada unfairly subsidizes lumber that is harvested on Crown lands, which in turn results in cheaper timber that US companies cannot compete with, as the majority of American lumber is garnered from private lands and is therefore not subsidized by the government.

In 2006, Canada and the US established the Softwood Lumber Agreement, which expired in October 2015.

“We appreciate today’s actions by the Department of Commerce, which has examined massive amounts of evidence presented by the coalition, the Canadian industry and the Canadian federal and provincial governments,” said Cameron Krauss, legal chairman of the US Lumber Coalition, when the announcement was made April 24. “The coalition is hopeful that the duties imposed by today’s decision will begin the process of creating a level playing field for the future and allow for US manufacturers to make essential investments and expand the domestic lumber industry to its natural market and protect and grow the jobs that are so essential to our workers and our communities.”

But Canada has tried to address these concerns by holding auctions to better reflect the price of timber, and claims the US’s increased duties will only raise the cost of real estate in the US, as companies south of the border do not have enough softwood lumber to meet demand.

“American demand for lumber exceeds what the US lumber industry currently produces,” said Susan Yurkovich, president of the B.C. Lumber Trade Council. “And, with housing and construction starts on the rise, demand for lumber is expected to continue to grow in the years ahead. The fact is, Canadian lumber imports don’t pose a threat to the US lumber industry. There is enough North American demand to grow the US industry while also allowing Canada to supply its US customers as we have been doing for decades.”

B.C. is Canada’s largest exporter of softwood lumber to the US, and the B.C. Lumber Trade Council says it supports approximately 145,000 direct and indirect jobs in the province.

Jim Carr, Minister of Natural Resources, and Chrystia Freeland, Minister of Foreign Affairs, concurred, and in a joint statement said, “This decision will negatively affect workers on both sides of the border, and will ultimately increase costs for American families who want to build or renovate homes. The US National Association of Home Builders has calculated that a $1,000 increase in the cost of a new house would put home ownership beyond the reach of more than 150,000 American families and jeopardize thousands of jobs in the American home construction industry.”

The four hardest hit lumber importers include West Fraser, which will pay duties of 22.12%, Canfor at 20.26%, Tolko, 19.5% and Resolute paying 12.82%. By comparison, J.D. Irving, which harvests its softwood from private lands, will be subject to much lower 3.02% duties.

The US is also imposing retroactive duties on some companies dating back 90 days, which will be a substantial cost. The US Department of Commerce indicates that imports of softwood lumber from Canada were valued at an estimated US$5.66 billion in 2016.

B.C.-based freight and distribution services company A & A indicates that around 80% of Canada’s timber production is intended for export, and much of that is on a truck.

Louise Yako, president and CEO of the British Columbia Trucking Association, said the association would likely not take an official position on the softwood lumber issue because, while the health of the forestry sector is important to the province’s economy, trucking companies in B.C. are not directly subject to the softwood lumber tariff.

“In essence,” Yako said of the BCTA’s mandate, “we fight the battles that most directly affect our members and that we’re most likely to be able to influence and win.”

Canada’s federal government is in a position to influence the US’s decision and said it would reconvene the Federal-Provincial Task Force on Softwood Lumber to examine how it could help companies affected by the increased duties.

“The task force was formed to share information and analyze and assess the needs of forest workers and communities,” a government release stated. “The upcoming meeting will build on the progress we have made through this federal-provincial collaboration on the softwood lumber file.”

Elstone said it is too early to start making assumptions on what exact impact these new duties would have on the Canadian softwood lumber industry, but that they would be particularly painful on smaller, independent sawmills that export to the US.

In a perfect world, Elstone would like to see the free trade of lumber across the Canada-US border, but admitted that was an idealistic view.

“Realistically, we are likely going to have to settle for some form of managed trade,” Elstone said, “either within NAFTA (North American Free Trade Agreement), given there are discussions on opening up that file, or within some form of a separate deal, which is how we have traditionally arrived at trade peace in our lumber war.”

At the federal level, the government says it will continue to fight for the Canadian softwood lumber industry.

“The Government of Canada will vigorously defend the interests of the Canadian softwood lumber industry, including through litigation,” a statement said. “In ruling after ruling since 1983, international tribunals have disproved the unfounded subsidy and injury allegations from the US industry. We have prevailed in the past and we will do so again.”