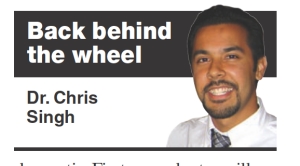 Although it is not a common disease, Alzheimer’s is the number one cause of adult dementia. Approximately 5% of the population between 65-74 years of age has Alzheimer’s.

The symptoms of Alzheimer’s disease can vary from person to person however, most people experience slight memory loss as the first sign of the condition. Don’t worry if you occasionally forget where you put the keys to your truck, this is normal. The memory loss associated with Alzheimer’s disease is much more consistent and generally worsens over time. People with Alzheimer’s commonly repeat things, forget family member’s names and misplace things. As the disease progresses it will eventually lead to irreversible mental impairment.

At this time, scientists do not know the exact cause of Alzheimer’s disease. However, it is widely accepted that it is caused by a combination of risk factors which include your genes, lifestyle and environment. Obviously, age is a major risk factor. As you age you are much more likely to develop the disease.

Lifestyle factors such as high blood pressure, high cholesterol and poorly controlled diabetes have also been shown to increase the risk of Alzheimer’s.This is very important for professional truck drivers as many of them have one or all of the above-mentioned lifestyle risk factors. This is yet another reason to try to maintain a healthy lifestyle while on the road.

If your doctor suspects Alzheimer’s disease, he or she will order specific tests to help distinguish it from other forms of dementia. First, your doctor will order a blood test to rule out conditions such as thyroid disorders or vitamin deficiencies.

Next, they may order brain scans such as an MRI to better visualize the brain. This will allow your doctor to identify any physical abnormalities such as tumors and blood clots.

Unfortunately, there is no known cure for Alzheimer’s disease at the present time. In most cases, doctors will prescribe medications to treat the associated symptoms such as depression, anxiety and sleeplessness. In addition, your doctor may prescribe a drug that will slow the cognitive deterioration.

The good news is that recent studies have shown that maintaining a healthy weight and eating healthy may reduce your risk of developing Alzheimer’s. A diet that includes lots of fresh fruits, vegetables and whole grain breads is recommended. Physical activity and exercise have also been linked with a lower incidence of Alzheimer’s disease. Don’t forget to exercise your brain as well! Doing crossword puzzles and reading books and articles like this one, are a great way to keep your mind fit. Until next month, drive safely.