Canadian truck drivers are being enlisted to help combat human trafficking, a problem that’s much more prevalent in Canada than you may think.

During the Truck Training Schools Association of Ontario’s (TTSAO) annual Christmas business meeting, Heather Fry, Canadian director of Truckers Against Trafficking (TAT), shared some sobering realities about the underground world of human trafficking. This involves the exploitation of a person through sexual exploitation or forced labor. 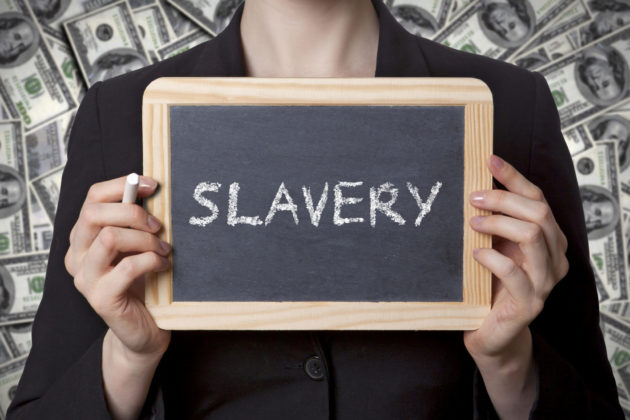 “It’s a modern form of slavery, where one person is profiting off of another person,” Fry explained. “Traffickers don’t use physical chains. They use invisible chains of force, fraud and coercion. Victims are raped, gangraped, forced into drug addiction, tortured, knifed and shot.”

Often, Fry said, the pimp establishes himself as a person of influence, such as a “daddy” or boyfriend of the victim.

“The victim is completely fooled by the trafficker and thinks this way of life is what love looks like and it’s completely normal; that one day it will be just the two of them living happily ever after,” explained Fry.

Realizing that human traffickers travel the same corridors and conduct their crimes where truckers are often present, Truckers Against Trafficking was formed in 2009. It expanded into Canada in 2019.

“The trucking industry can be a vital part in ensuring more live are saved and in fighting this heinous crime,” Fry said.

And so far, that has proven to be true. There have been several high-profile incidents in the U.S. where a truck driver has reported suspicious activity at a truck stop, leading to an arrest and rescue. TAT has produced a training program for drivers and has certified more than 800,000 drivers. Its hotline has received more than 2,400 calls and more than 1,200 victims of human trafficking have been identified.

“If all drivers were trained and knew what to look for and immediately reported what they saw, imaging how many victims would be recovered and how many pimps arrested,” said Fry. 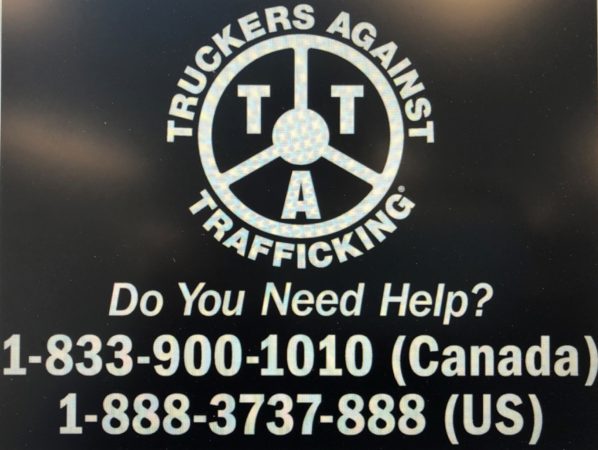 As part of its expansion into Canada, TAT circulates a Canadian hotline, owned and operated by the Canadian Centre to End Human Trafficking, a Canadian charitable organization. It has added French subtitles to its training video and is calling on fleets to get involved by encouraging drivers to take the 60-minute training program. One Canadian fleet that jumped at the opportunity was Praxair Canada, whose trucks travel across Canada.

Jim Dimech, director of distribution with Praxair Canada, said drivers were eager to support the cause. Unlike other training, which was done with a top-down approach, Dimech rounded up drivers to deliver peer-led training.

“The level of engagement we had with our driver teams was inspiring,” he said. “Drivers talked amongst themselves. They felt they could make an impact. These crimes were happening to their daughters, nieces, cousins, friends, and granddaughters.”

“We are putting this into our training,” said Dimech. “When we’re teaching drivers about product handling and backing, we are having TAT as part of that program to send the message that it’s as important as everything else we teach you.”

Dimech has even seen a business case for participating.

“When you’re looking at different ways to separate yourselves from the pack, drivers want to work for a company that is socially responsible and connects with their community and empowers them to make a difference. TAT checks that box,” he said.

TAT has already developed tools for fleets and drivers to use. Instead of posting a degrading ‘No Lot Lizards’ sticker on the cab, for example, TAT has produced a window decal that says ‘Do You need Help?’ along with TAT’s hotline. It also can serve to indicate to a victim where help may be available.

Handy wallet cards also offer advice on what to do if you suspect witnessing a crime in progress.

“Our first ask is that you train your employees,” said Fry. “Once trained, go to our website and register you company as TAT-trained and give us the number of people trained. That helps us measure our impact.”

During a presentation to the Truck Training Schools Association of Ontario’s annual Christmas business meeting, Heather Fry, Canadian director of Trucking Against Trafficking, debunked some common myths about the issue:

MYTH: We live in a slave-free world

There are more than 40 million victims of human trafficking globally, meaning there are more slaves today than at any other point in history. It’s a US$150-billion industry, taking place in all 50 states and right across Canada.

“They take on all kinds of appearances,” said Fry, showing headshots of charged pimps that included schoolteachers, women, firefighters, and army veterans.

MYTH: It doesn’t happen in my hometown

“It took my two minutes to Google headlines here in Canada,” said Fry. “There are several known high-incident corridors identified in Canada. The reality is, no geographic area is immune to this crime.”