August 1, 2009
BOWMANVILLE, Ont. -When it comes to getting food and exercise on the road, for truckers, sadly, the options are few. The sheer size of their equipment limits most truckers to fast food joints and truc... 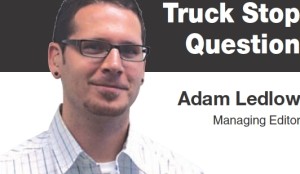 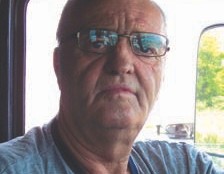 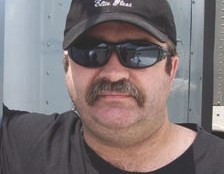 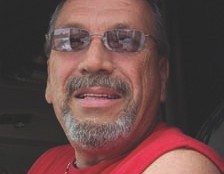 BOWMANVILLE, Ont. -When it comes to getting food and exercise on the road, for truckers, sadly, the options are few. The sheer size of their equipment limits most truckers to fast food joints and truck stops -and the greasy spoon label attached to the latter is usually well-earned.

And if finding a place to park at a decent restaurant wasn’t difficult enough, I certainly can’t recall the last time I saw a big rig crammed into the parking lot at the local Goodlife or Bally’s. But have truckers resigned themselves to their unhealthy fates? Truck News stopped by the Fifth Wheel Truck Stop in Bowmanville, Ont. to find out if truckers can maintain a healthy lifestyle on the road.

Dave Pearce, a driver with Crown Distributors in Regina, Sask., says that as a diabetic, he finds it difficult to find places to get a good meal.

“It’s hard, but you’ve got to just pick and choose. I work at it, but there are a lot of drivers who, unfortunately, are way overweight. There’s too many of them, and that’s because they just don’t care,” says the driver of 44 years. “A lot of truck stops are bad -the food is terrible at a lot of them -(but) I think basically it’s the trucker’s responsibility. If he’s got layover time, I’m sure he could find a place where he could go and work out.”

Dan Janes, a driver with Buckham Transport in Peterborough, Ont., says truckers are more prone to a variety of ailments on the road, including less sleep, a higher rate of allergies, little time for exercise, and of course, poor food choices.

“There are a lot of restaurants (along the highway) shut down right now too, which makes it hard to pick and choose healthier choices, for sure. If the restaurant’s privately owned like the Fifth Wheel here, it’s a lot better than stopping at a Wendy’s or McDonald’s for sure,” Janes said.

Timothy Logan, a driver with Elite Fleet in Moncton, N. B., says that after 20 years of eating at truck stops, he’s tried packing his own meals for the past several months -with great results.

“I lost 50 lbs in the last four months not eating at truck stops. Imagine 20 years of eating grease? That’s the problem -a lot of these places have processed food.”

And according to Logan, the onus should be on truck stops to provide a healthy meal.

“They should have some type of enforcement that they have to have a healthy meal. I’d rather go into a ‘mom and pop’ truck stop because you get better quality food. It’s not cooked five hours ahead of time. A buffet’s the worst thing in the world for a truck driver.”

Tom Robbins, who drives a bulk tanker with List Trucking in Waynesboro, N. C., tries to get in as much walking as possible on the job. “I walk whenever I unload. I hardly ever stay at a truck stop, but at a rest area at night I usually get out and walk around the rest area. If I’m close to a river I like to get out and walk the creek. It’s better than just sitting in the truck all the time.”

By bringing meals his wife cooks for him back home, Robbins is able to avoid truck stop food but he says it would be tough to change their menus because they make what people want.

“If we made them all go all healthy, half the people out here wouldn’t eat it. That would hurt their business. Most places have started changing around -even in here they’ve got a nice salad bar. If you want to eat healthy, you’re fine, but if you don’t they’ve still got the greasy spoon stuff to go to. I don’t think anybody ought to impose anybody to do nothing, to be honest with you. Business is business.”