April 1, 2005
I got a chance to play an interesting game the other day, thanks to a group of shippers trying to understand life from a transportation provider's point of view.... 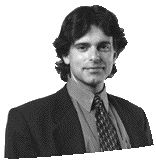 I got a chance to play an interesting game the other day, thanks to a group of shippers trying to understand life from a transportation provider’s point of view.

I was invited to speak about trends in transportation at the Pharmaceutical and Personal Care Logistics Association’s annual general meeting. I arrived about an hour early and walked into a workshop on the new border security regulations. The delegates were separated into small groups, each of them given a different scenario to analyze.

My group ended up with perhaps the most frustrating yet most eye-opening exercise. Asked to pretend we were a group of executives from a FAST- and CSA-approved LTL carrier hauling freight from a warehouse in the U.S. to an importer in Ontario, our mandate was to explain what benefits being part of such expedited border clearance programs offered to both the customer and to our company.

It seemed an easy enough exercise; there were plenty of benefits to list: faster border crossings, greater visibility into the movement of the freight because of all the documentation; less likelihood of pilferage thanks to the enhanced security procedures that are prerequisite to involvement in FAST, greater driver retention because drivers were not stuck at the border, etc.

Then we started thinking about all the exceptions and many of the perceived benefits started to slip through our fingers faster than fine beach sand.

Take the assumption of faster crossings by having access to dedicated FAST lanes at the border, for example. What if the customer was not FAST or CSA approved? In that case the LTL carrier could not use the FAST lane crossing the border into Canada. Nor could the LTL carrier use that lane if that particular customer was FAST and CSA approved but any one of the myriad of shipments part of a typical LTL movement were not – a likely scenario considering fewer than 20 importers are both CSA and FAST approved at the moment, according to border security officials, and aren’t exactly racing each other to the registration offices.

But we weren’t ready to quit. What if the LTL carrier could consolidate enough shipments on that return trip to Canada to ensure the entire trailer was full of just FAST- and CSA-approved loads? Interesting but the likelihood of that happening without the carrier running into a cabotage infringement was not good. What if the shippers in that industry rose above their competitive natures and worked in a collaborative network aimed at pooling FAST- and CSA-approved shipments from that location? Ideal, but would you want to hold your breath waiting for that to happen?

No matter how hard we tried, we really could not find any major benefits to an LTL carrier being FAST- and CSA-approved that were not diminished by such realities. And it seems many other Canadian carriers voicing their concerns at Canada Customs sessions currently being held across the country have come to a similar conclusion.

Considering the onerous demands for information placed on carriers looking to join CSA (Phase II of the application process requires applicants to show that their business processes, as well as their books and records, have the necessary linkages, controls and audit trails to support CSA requirements), such dubious benefits are hardly an inducement to sign up.

There’s no point playing a game if you have no chance to win.