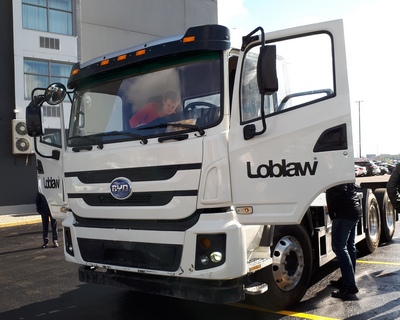 BYD trucks can be imported for applications including municipal service, refuse and recycling fleets, and courier and delivery operations, the company has announced. Its buses have been available since April 2014, including units now on the road for St. Albert Transit.

“This is wonderful news and something that our compliance team has been working hard to achieve,” said BYD Canada vice-president Ted Dowling.

Last November, Loblaw was involved in a trial of the company’s Class 8 tractor in a run between a Vancouver Distribution Center and a store in West End Vancouver.

“Electric vehicles are our future, from the large fleet of trucks taking products from distribution centers to stores to an evolution in how local, home deliveries are done,” said Wayne Scott, senior director at Loblaw Companies. “Loblaw has a goal to reduce our carbon emissions by 30% by 2030, and we believe zero-emission battery-electric trucks will help us get there, hopefully sooner than planned.”