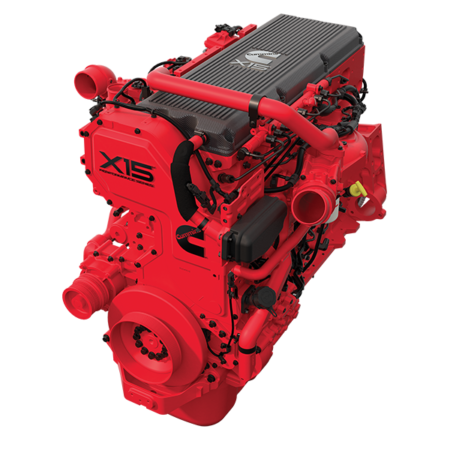 Cummins is expanding its 2020 portfolio of X15 engines to include new X15 Efficiency Series and X15 Productivity Series models.

The 2020 X15 Efficiency Series betters the fuel economy of its predecessor by 5%, while maintaining attributes like oil drain intervals of up to 120,000 km, Cummins says.

Engine hardware enhancements include better air handling and lower friction, delivering up to 3.5% fuel economy improvements to the base engine offering. And the modified liner geometry in the power cylinder is reducing oil consumption. Valves have also been adjusted in the name of added durability.

Oil drain intervals can be pushed close to 125,000 km for those using Valvoline Premium Blue 15W-40, while customers in the Cummins OilGuard can increase the intervals close to 160,000 km.

The X15 Efficiency Series’ new EX rating – available when the engine is paired with an Endurant transmission — can deliver another 1.5% increase in fuel efficiency on top of the improvements in the base engines. In addition to all prior ADEPT features, it offers new capabilities like predictive gear shifting, predictive braking, on-ramp boost and dynamic power.