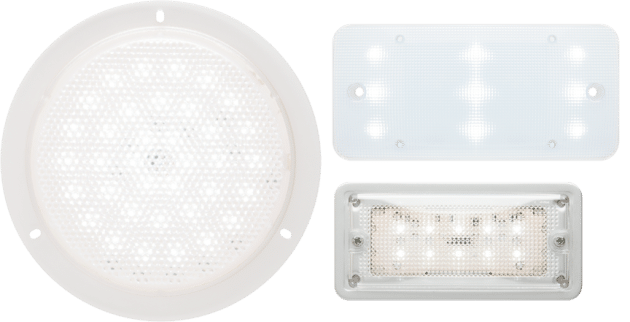 A proprietary coating on the LEDs generates a stream of negative ions, which binds to inhalable solid particles and liquid droplets, generally 2.5 micrometers in diameter and smaller – such as the mold and bacteria found in vehicles transporting food. This process adds to the particle mass, leaving gravity to pull the contaminants from the air.

Not only that, the negative ions combine with the positive molecules in mold spores and bacterial proteins, causing them to decompose, Optronics says.

All drivers need to do is flip on the lights in their sleeper.

The light itself is close to the color temperature of natural sunlight, too, helping to improve vision.