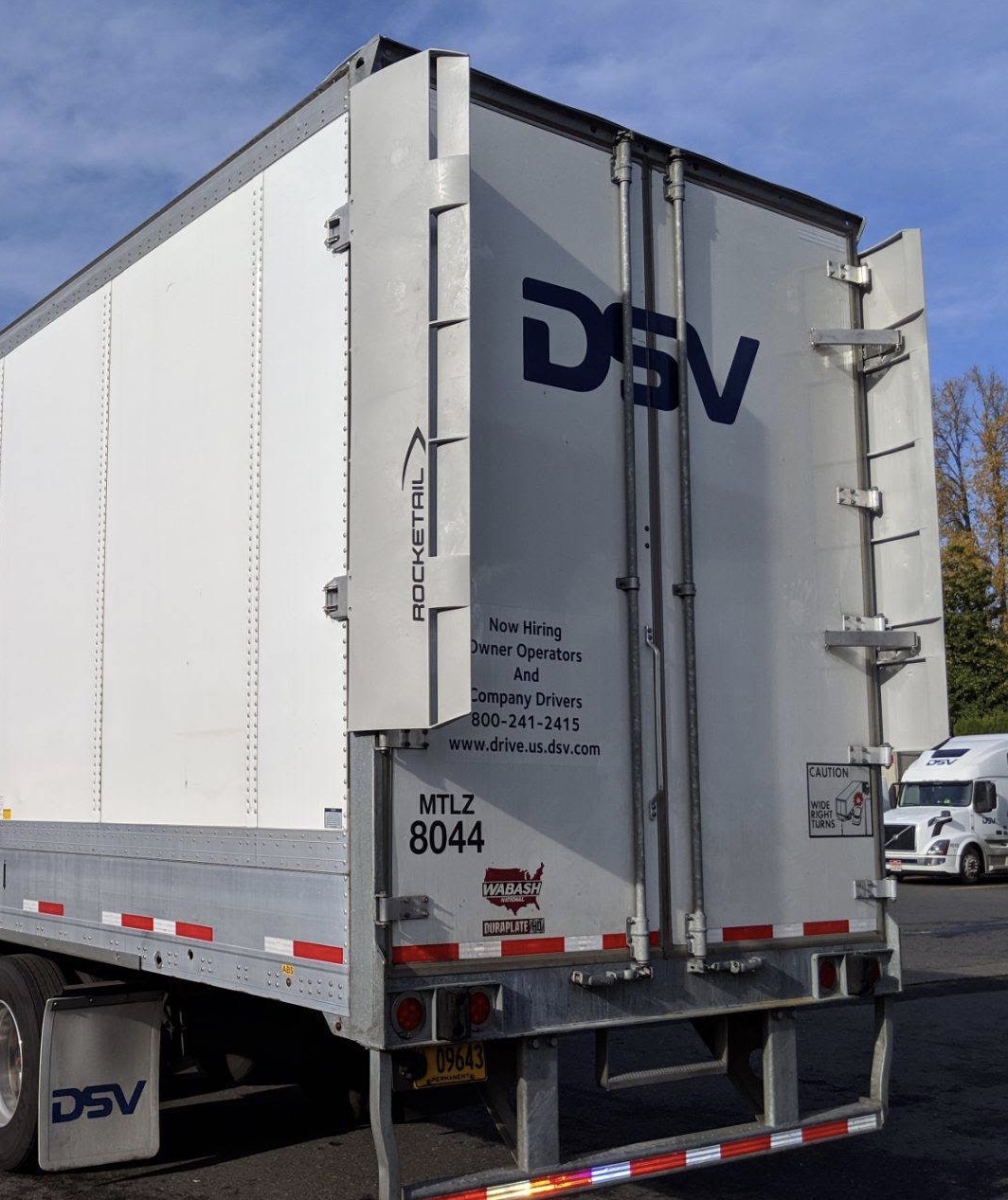 The Rocketail Wing system is a SmartWay-certified rear trailer fairing that its makers say will save 8.42 liters of fuel per 1,000 km.

The airfoil design is said to redirect rearward airflow behind the trailer while also producing lift – much like the wing on an aircraft. Placing the device an inch from the trailer wall also supports a uniform airflow.

Integrated with the trailer door, it extends just 14 inches from the rear of the trailer, eliminating a common source of damage.

And the system is always deployed, using swing hinges that lock the wings in an open position when the doors are closed. When doors are opened, the wings sit flush to the side of the trailer, allowing the doors to swing a full 270 degrees without being blocked.

It all attaches with a pair of stainless-steel hinges rather than guy wires or struts, and can be installed with nothing but drill bits and tightening tools. Everything weighs less than 25 lb.

The Rocketail Wing is made of high-impact, gas-infused polymers with internal cross braces.