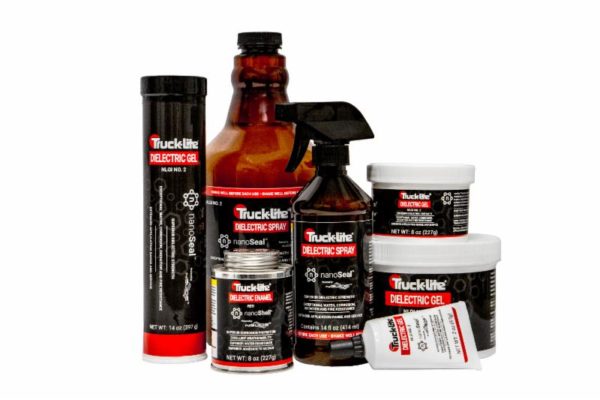 Truck-Lite has introduced nanoSeal and nanoShell dielectric products to help in the ongoing fight against corrosion.

Using what Truck-Lite calls nGlide technology, the products are designed to adhere to microscopic imperfections on even the smoothest surfaces, the company says. The end result reduces the threat of malfunctions, corrosion, and oxidation in the electrical system.

A spray and gel known as nanoSeal is for lighting, battery, and engine assemblies, while a paint-on enamel called nanoShell is for protecting battery terminals and other contact points. Both formulas have operating temperatures of -40 to 400 Fahrenheit and will also stand up to high voltage.