REGINA, Sask. – The province of Saskatchewan is expanding, making permanent, and harmonizing its single wide-base tire program with Ontario’s in an effort to improve internal trade.

“Our provinces are taking action to create a better trade environment in Canada that will result in real benefits to our key sectors and the people who do business in our provinces,” said Trade and Export Development Minister Jeremy Harrison. “This announcement is one of several initiatives the provinces are working on to enhance internal trade between Saskatchewan and Ontario.”

The harmonization of the super single tire programs is intended to make shipments easier for trucking companies traveling between the two provinces. It is also expected to help curb greenhouse gas emissions.

“With thousands of trucks transporting goods in and out of the province, an increase in fuel economy reduces both shipping costs and carbon emissions,” said Highways and Infrastructure Minister Lori Carr. “This program shows that provinces can reduce internal barriers to trade and have a positive impact on the environment by working together.”

The expansion of the single wide-base tire program applies to all 12-month primary weight highways and allows permitted trucks to increase weight on 455 mm tires or wider from 3,850 kg to 4,250 kg per tire. This increase does not apply to tires on the steering axle.

In coming months, regulations will be amended to allow trucks to use the tires without a permit. Saskatchewan’s super single pilot program, which began in July 2017, will also become permanent. 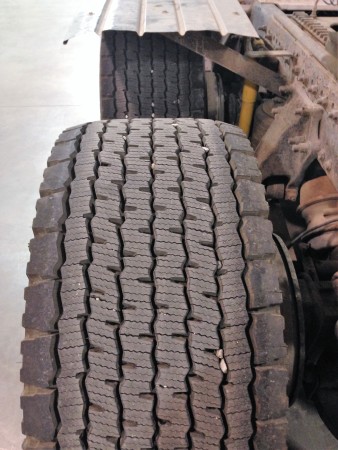