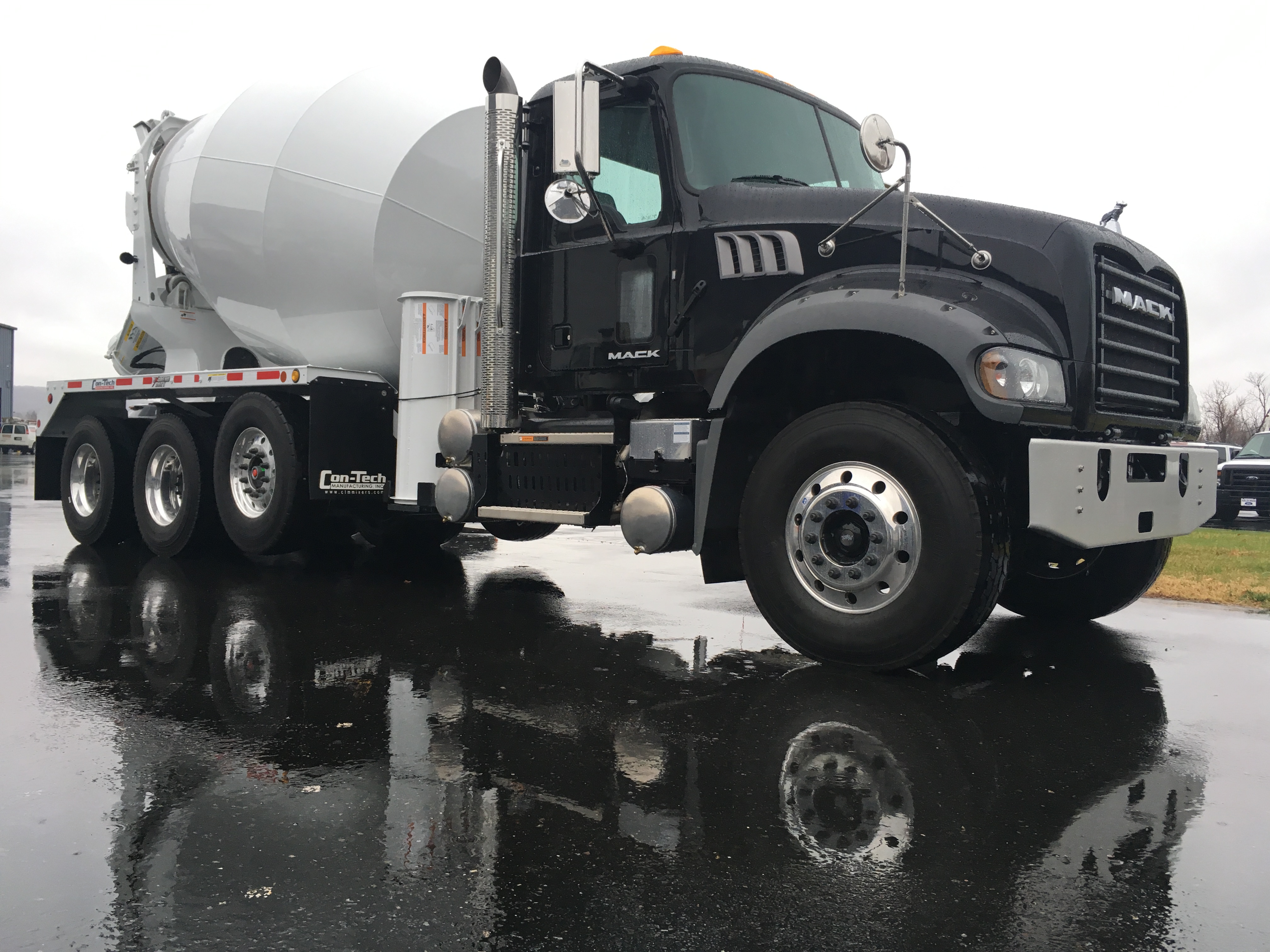 ALLENTOWN, Pa. – Changes made to Mack engines for 2017 will bring benefits to its vocational customers, without the added complexity that normally accompanies government-driven emissions standards.

GHG17 regulations called for about a 3% reduction in CO2 output, but Mack says it exceeded the minimum requirements and achieved the corresponding improvement in fuel economy. Curtis Dorwart, Mack’s refuse product marketing manager, said most of the changes are found under the skin of the MP7 and MP8 engines. Among the most significant of these is a new common rail fuel system and a patented wave piston bowl design that’s designed to improve combustion efficiency. 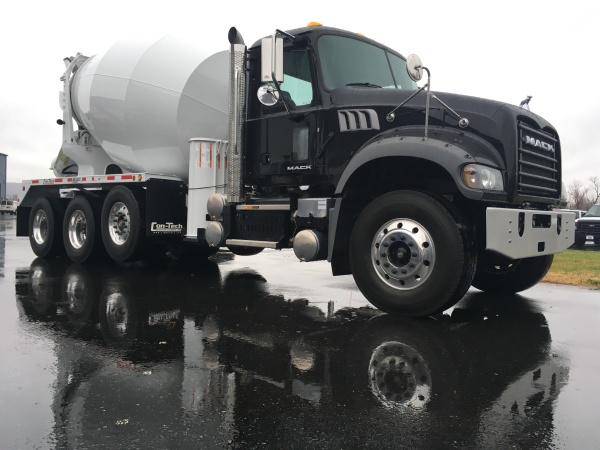 “It’s stupid simple,” Dorwart said, when asked to explain how the wave piston bowl improves fuel economy. “In a conventional combustion bowl, you squirt the fuel in, six plumes of fire hit the side of the bowl and then collide with each other and fight for oxygen, which isn’t there. The oxygen is closer to the point of injection. So, the wave piston makes little small pockets where that fire front from each individual plume goes. It pushes the flame front back to the center of the cylinder where the oxygen is. It lessens the soot load to the point we can hardly measure it now.”

A new intake throttle valve assembly improves the flow of exhaust gas recirculation (EGR) and a new single box aftertreatment system reduces weight by 17 lbs and gives back about 11 inches of frame rail space. All these enhancements will provide a fuel savings of about 3%, Dorwart said.

“This is one emissions regulation where this is a lot of upside,” he added.

Mack is also boosting the power output of its 11-liter MP7 engine to 425 hp with 1,560 lb.-ft. of torque, while also reducing weight by 25 lbs. The 2017 MP8 will be 44 lbs lighter. So, more power and greater fuel economy in a lighter-weight package will be delivered, according to Mack.

The redesigned ClearTech One aftertreatment system makes more room for chain hangers, additional air tanks and tool boxes. The updated engines will be available across Mack’s vocational and on-highway product line, but it was the vocational trucks that were the focus of a recent visit to Mack’s Customer Center in Allentown.

I drove a Mack Granite axle back with the MP8 engine rated at 445 hp and 1,815 lb.-ft. of torque on the punishing off-road track at Mack’s Customer Center. One of the more interesting features was the new 14-speed mDrive HD automated manual transmission, featuring two new lower gears for improved startability and performance at low speeds. This new AMT effectively pulls the mDrive into vocational applications previously thought to be the sole domain of fully automatic transmissions, such as concrete mixer. The Granite I drove was a dump truck but I was able to appreciate the low-speed handling of the 14-speed mDrive HD, especially on steep grades which I could slowly descend in full control and climb with ease. 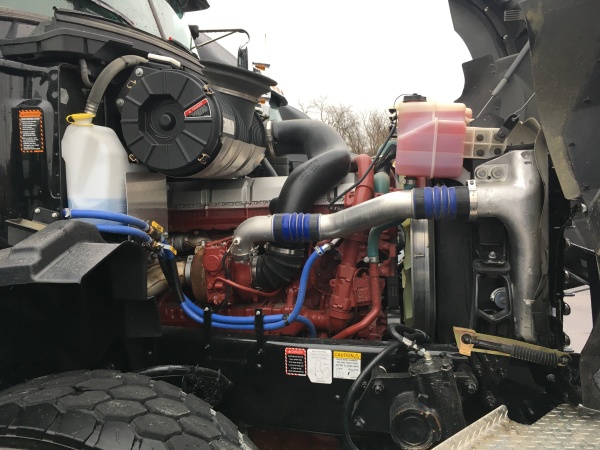 Mack’s MP8 engine weighs less and is more fuel-efficient in 2017,

I also drove the Granite axle forward MHD (medium heavy-duty), the Granite’s “Baby 8” cousin that allows customers to obtain the ruggedness Mack’s known for in a lighter-weight package and at a lower price point. It’s intended for anything from light dump, mixer and snow plow applications, Dorwart explained.

“It’s still the all-steel Granite cab,” he pointed out. The key difference is availability of a 7-mm frame rail, but the full range from 8- to 11-mm frame rails are also offered. The MHD is powered exclusively by the Cummins ISL9 engine, rated up to 345 hp. The truck I drove in a mixer configuration featured an Allison 4500 RDS six-speed automatic transmission.

Weight savings of 500-1,000 lbs are possible compared to a traditional Granite, depending on how the MHD is spec’d. The steel cab makes for a quiet interior and offers the durability vocational customers are looking for. The MHD has proven popular with municipalities, small fleets and large fleets that want a lighter-weight truck to more efficiently handle the less demanding jobs within their operations.

“It’s a great way to get into a Mack chassis at a lesser price point, but to still get the durability aspects of an all-steel cab,” Dorwart said.

1 Comment » for Driving the Mack Granite, MHD with 2017 power