Pilot Company locations dispense 14 billion gallons of fuel per year, but William Zobel is looking beyond the diesel that flows through pumps today. While many early zero-emission vehicles are being embraced by return-to-base operations, others will need to recharge or refuel on the road.

“We are at a point in time where we have a once-in-a-generation opportunity to change the way we operate in the mobility space. Everything is changing,” said the director – alternative fuels strategy, during a panel discussion at the American Trucking Associations’ Management Conference & Exhibition.

And whether the trucks plug into a charger or draw on the hydrogen to feed fuel cells, there will be unique infrastructure challenges to overcome.

In some ways, hydrogen will be easy to fit in a traditional truck stop. “Hydrogen is much like petroleum fuels,” Zobel explained, referring to how it is centrally produced and shipped by truck to retail locations. “You can fuel a truck in 10 minutes or less, get them in and out of the lane just like you do with the petroleum experience.”

Plenty of barriers remain, though. While hydrogen can be produced on site using nothing more than electricity and water, permitting agencies could respond by applying heavy industrial designations to the work, he said. “If you start manufacturing or producing fuels on that site, that changes your [site] conditions.”

Then there’s the question of available room. A hydrogen station could consume the space that would otherwise be available for six or eight truck parking spots. And should it be dispensed in the same lane used to pump diesel?

“You’ve got an increase in power requirements that needs to be addressed, and that takes time,” Zobel said, stressing the need for operations to work with utility providers.

It isn’t the only question that involves time. Electricity costs can vary dramatically depending on the time of day. “One of the more challenging aspects is the demand charge,” he added, referring to the costs based on peak energy use. “How we charge the customer for that, that’s a bit of a challenge.”

Return-to-depot trucking operations are not immune from challenges associated with charging infrastructure, either.

“If that truck comes back to base and is already parked in a spot all night long [it’s] easier because then you can have that charger at that parking spot where that truck already is,” said Mike Roeth, executive director of the North American Council for Freight Efficiency (NACFE). But there’s no question that one charger per truck is an expensive proposition.

Fleets that want to roll out the investments will probably be focusing on electrifying one location at a time, rather than addressing multiple locations at once, he said.

There’s also a world of difference between charging passenger cars and commercial trucks.

“We cannot rely on the passenger car infrastructure charging network to recharge our trucks,” said Rakesh Aneja, vice-presdient and chief of eMobility for Daimler Truck North America. “If we start with a commercial-vehicle-first mindset, that charging site, that infrastructure site can be used for passenger cars as well. The reverse is not necessarily true.”

For proof of that, he showed the picture of an eCascadia plugging into a public charger and blocking off several spaces designed for cars.

“Even at a depot level, the infrastructure still faces challenges in siting, equipment, and permitting,” he said, noting grid-related challenges and infrastructure development will be a focal point for several years.

For its part, Daimler Truck is experimenting with charging processes through the “electric island” that offers public charging for medium-duty and heavy-duty vehicles in Portland. The location hosted a Charin event that was used to test 23 charger models and 22 electric vehicles this October, too. (“We don’t want certain chargers to work only with certain electric vehicles.”)

As for megawatt chargers, they’re in the early days of development and may even require associated changes to battery cell chemistry, he said.

But make no mistake about it. Aneja is confident the new generation of equipment is on its way.

“Our world is changing. We are embarking on a monumental shift to new technologies that are upending a 125-year history of single-source energy,” he said. “Electric trucks are being delivered to customers now, and hopefully hydrogen trucks are going to follow.”

Suggesting the industry is at a “tipping point” in adopting zero-emission vehicles, he noted that Sysco will deploy 800 eCascadias by 2026.

As far as things have come, however, it will take time for the various technologies to catch up with the demands of individual applications, he said. “We have spent a long time perfecting the formula for diesel-powered trucks and we will continue to do so as we ramp up zero-emission trucks as well.”

Roeth admitted he was skeptical about the idea of battery-electric trucks as recently as five years ago. He thought batteries would be limited to options like cell phones. “I was wrong because we’re seeing it happen right in front of us.”

“Public pressure, financial pressure, ESG, and all those things are real,” he said.

So are the power brownouts that have emerged in California. 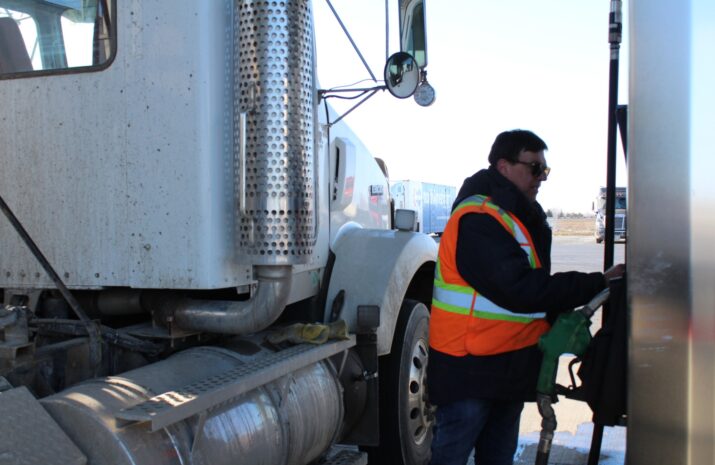 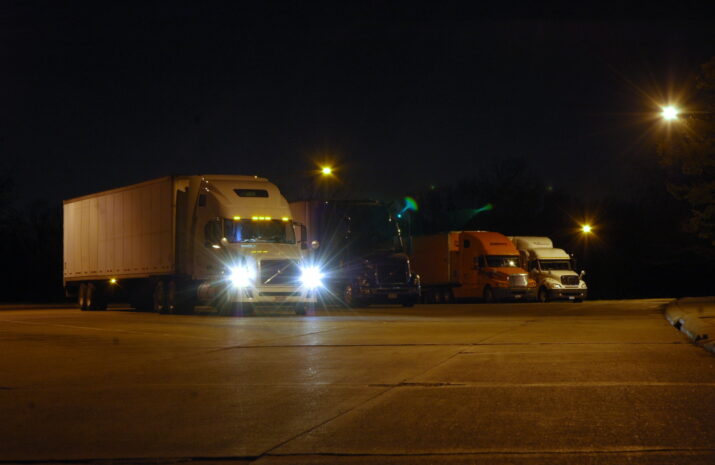