RICHMOND, Calif. — It all started over 15 years ago with a problem in search of a solution. A truck OEM asked Chevron  if it would be possible to remove metallic content in oil additives, then reducing sulfated ash in the process. First, engineers at Chevron were perplexed, then the request became a challenge.

The result is the new Delo 600 ADF  with Omnimax technology heavy-duty engine oil that Chevron introduced this week at its Technology Center in Richmond, Calif.

“Typically, when you have a new products and want to test it with OEMs, they tend to prefer incremental changes,” said Yu Lee Toh, general manager of brand, technology and OEM. 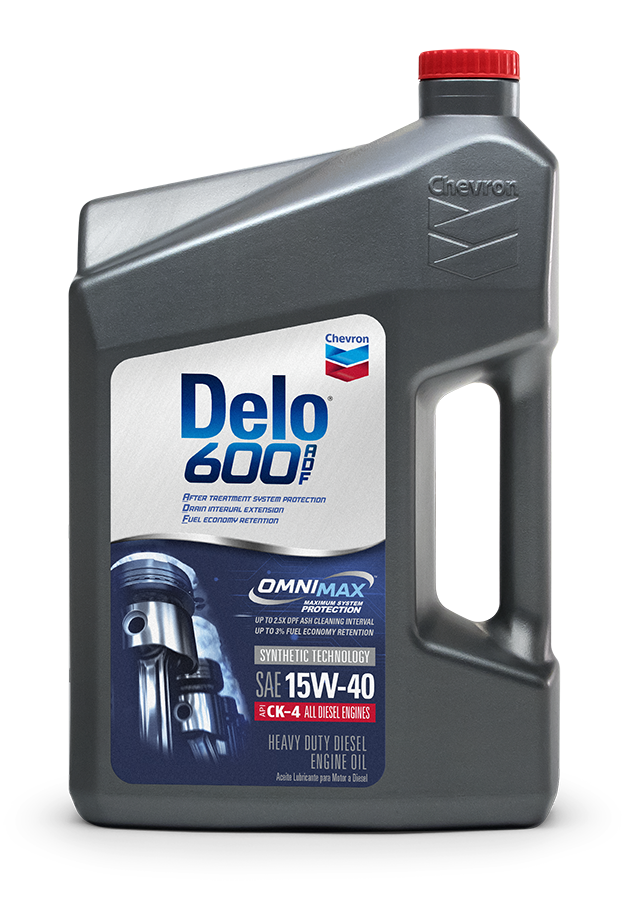 “That was quite a unique challenge for a formulator”, said Teri Crosby, global product manager – Chevron Oronite. “Typical API requirement for ashes in heavy duty engine is about 1%. We dropped that by 60%. This is not incremental.”

The Delo 600 ADF is formulated to 0.4% sulfated ash, which helps drastically reduce the rate of DPF clogging, to deliver extended DPF service life and industry redefining fuel economy retention, says the company. All of this would ultimately contributes to reducing customer operating costs.

“One thing we never really talked about before was the after-treatment system,” said. Keith D. Shaw, global manager – OEM technical services and approvals. “Many engine guys had no concept that 90% of the ash that’s goes in the DPF is from the lubricant. That’s a big impact.”

The DPF collects up to 98% of particulate matter emissions in the form of ash and soot.  A regeneration cycle combusts the majority of the soot from the DPF, but the ash is incombustible material derived from metallic lubricant additives, meaning over time the DPF clogs up and equipment and fleet owners are forced to take units out of service to restore the DPF function, incurring maintenance costs, and lost productivity.

If too much soot and ash builds up, the large amount of heat produced upon regeneration can result in DPF damage, with replacements costing up to $7,000. DPF clogging increases engine back pressure, and regeneration cycles, resulting in a higher fuel consumption.

Willem van Dam, manager – product development, was involved since the beginning. He recalls that, in the early days, the process was characterised by some surprises and there was some skepticism. But, from the beginning, also, Chevron got surprisingly good results, which encourage them to continue.

“What we were challenged to do was to do more with less.  It took us a while to figure that out, says van Dam. “We went through different iterations, took out all the metallic components and determined where the problem was. We had to replace with low or no ash additives. We moved closer and closer to a product that actually work.”

Field testing validated a lot of the benefit that Chevron were chasing during from the initial challenge and affect the customers’ bottom line. And customers will have some surprises at micro-level when they perform oil analysis.

“Most traditionally, we look at the fingerprint of the lube oil by looking at some of those metallic constituents that you see in typical oil analysis. Things like calcium and magnesium, zinc and phosphor. You are going to see less of those and, in some cases none of it,” said Shawn Whitacre, senior staff engineer.

Expect some changes in the total base number (TBN) number as well, Whitacre explained. “What we have shown in our testing, and this to a large extend the case for most modern lube oils today, the demand for the traditional total base number is much less significant than has been, and probably insignificant now with lower ash Delo 600 ADF technology. Tests tell that you can run down near zero TBN in used oil but still provide robust wear and corrosion protection.”

Whitacre said that the advantages found in the field test are underlined in the name of the Delo 600 ADF.

“A stands for aftertreatment protection. By reducing the level of the metallic component in a lube oil by 60%, and replacing them by high performance additive that don’t contribute to that clogging of DPF over time, you can offer a significant extension of the time between those maintenance events.”

“[The] D is for drain interval extension. This has a very robust antioxidant system that is really meant to allow the oil to stand up in the high temperature that is very prevalent in today’s very hard working engines. And the F stands for fuel economy retention.”

“As those metallic components accumulate in the DPF, they steal space away from the function of the device that would be otherwise available to accumulate and burn off the particulate matter emissions that cause an increase in the frequency of the regeneration events, which typically consume a lot of fuel themselves”, said Whitacre. It also creates a back pressure which reduces the efficiency of the operation of an engine. All of that have a negative impact on the fuel efficiency of the engine.”

Chevron did some testing on aging performance Delo 600 ADF versus a conventional 1% ash oil, too.

“Delo 600 ADF significantly reduces the rate of DPF clogging, extending DPF service life by up to 2.5 times, and bringing a 3% fuel economy retention advantage over the life of the equipment, delivering significant savings to customers. Let’s not forget this is an engine oil, and we have seen remarkable performance in engine protection too, which will add to the value Delo 600 ADF will bring customers,” said James Booth, Commercial Sector Manager.

The new Delo 600 ADF meets or exceeds API CK4 and OEMs requirements. It will be available on Dec. 2, in 15W-40 and 10W-30 viscosities. An equivalent product is already used in China with CNG engines.