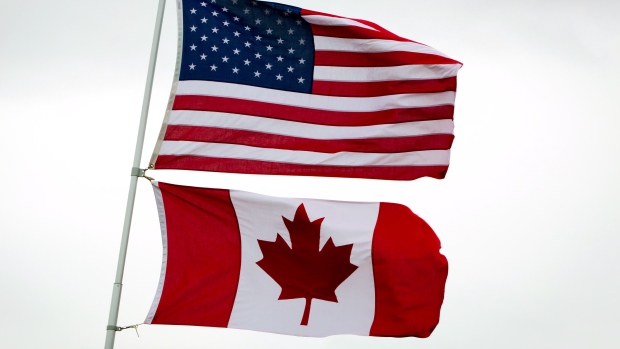 OTTAWA, ON – Canadian regulators are looking to align with the second round of vehicle emissions standards that the U.S. will roll out between 2018 and 2027.

The Phase 2 standards will ultimately slash Greenhouse Gas emissions by up to 25% – improving fuel economy as a result – and were officially released earlier this week by the U.S. Environmental Protection Agency (EPA) and the National Highway Traffic Safety Administration (NHTSA).

“The Phase 2 standards, like the Phase 1 standards which apply to Model Year 2014 and later heavy-duty vehicles and engines, will be aligned with the U.S. Environmental Protection Agency standards,” confirmed a spokesman with Environment and Climate Change Canada, responding to questions from Today’s Trucking. “This alignment helps keep the costs down for industry, consumers and governments since most vehicles and engines sold in Canada are the same as those sold in the U.S.”

Still, there are unique challenges to address when comparing the jurisdictions, not the least of which is heavier Gross Vehicle Weights.

“The Government of Canada will be considering specific implications for the Canadian heavy-duty vehicle, engine and trailer sectors during its regulatory development process,” the spokesman says.

Once the rules are released, they will guide how most engines, trucks and even trailers are designed.

Proposed standards for tractors roll out in 2021 Model Years, tighten in 2024, and are fully established by 2027. The specific benchmarks vary by vehicle weight class, roof height, and cab type. Compared to Phase 1, carbon dioxide emissions drop 24%. That is to be met through enhanced engines, transmissions, drivelines, aerodynamics, low rolling resistance tires, idle-reducing technologies, and other accessories.

Voluntary standards begin with certain types of trailers in the 2018 Model Year, while mandatory standards begin in 2021. By that point, the standards will apply refrigerated and dry vans. The standards become tougher in 2024, and the final round of changes come in 2027. The goal is to reduce their carbon dioxide emissions by 8%, relying on such things as aerodynamic devices, low rolling resistance tires, automatic tire inflation systems and reduced weights.

The rules for vocational vehicles — which represent a fifth of the emissions from medium- and heavy-duty equipment — roll out in 2021, toughen in 2024, and reach final levels in 2027. They include three vehicle weights and three driving cycles. Compared to Phase 1, their carbon dioxide emissions will drop 16% thanks to changes in engines, transmissions, drivelines, lower rolling resistance tires, workday idle reduction technologies, and lower weights.

There are ways for manufacturers to offer equipment that doesn’t meet the specific targets, though.

The U.S. rules include Averaging, Banking and Trading (ABT) provisions that allow manufacturers to certify engines and vehicles that fall short of the standards, as long as they are offset with engines or vehicles that do better. It’s similar to an approach established in the Phase 1 rules, but with minor revisions, according to the regulators. “We are not proposing to include a full ABT program for the trailer standards because the nature of the industry makes it a challenge for manufacturers to benefit from this type of program. Instead, we are proposing limited averaging provisions for certain trailer manufacturers,” the U.S. regulators added.

Still, there will be a limited number of credits available, despite the fact that on/off-road equipment, heavy haulers and Long Combination Vehicles also account for a larger share of Canada’s equipment.

“I definitely hope that there will be some allowances because we know that some [referenced] technologies don’t work here,” adds Yves Provencher of PIT Group, a third-party testing organization based in Quebec. Low Rolling Resistance tires, for example, are not always practical when trucks face snow-covered roads. Some of the referenced technologies, such as engine heat recovery systems, are not even available yet, he says.

“On one hand it’s good for our business, but we just hope the OEMs will have the chance to do the testing and do the necessary improvements – if need be – and hit the market with technology that is proven.”