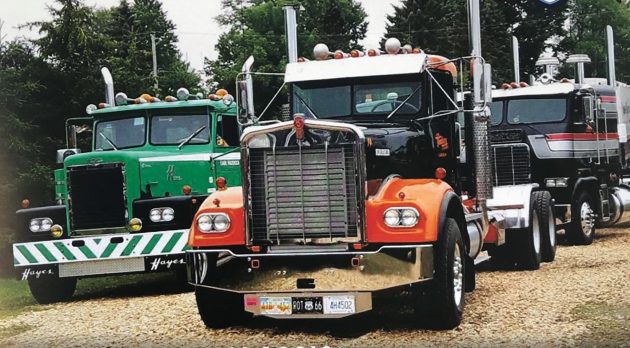 “Although we are a show, it’s important to know that Clifford has become a reunion to so many veteran drivers who make the trek annually to catch up with old trucking friends.”

The event, organized by the Great Lakes Truck Club, is being held at the Rotary Park, and will feature three days of activities including a food booth, beer garden and barbecue.

The 2019 Theme Truck is the Western Star, a brand which began production in Kelowna, B.C., in 1967. The truck is known for its ruggedness and classy lines. All models of Western Star are on display at the show.

Historian Dale Bridge will also be at the show, displaying his trucking patch collection. Bridge, from Oswego, Ill., has the largest collection in North America of U.S. and Canadian trucking company logos.

The show began in 2009 as an added attraction to the long-running Clifford Rotaryfest.

“An integral part of the show is dedicated to the owners of newer rigs with traditional styling who appreciate the classics,” the club said.

It said many drivers have purchased antique trucks “only to be part of Clifford.”