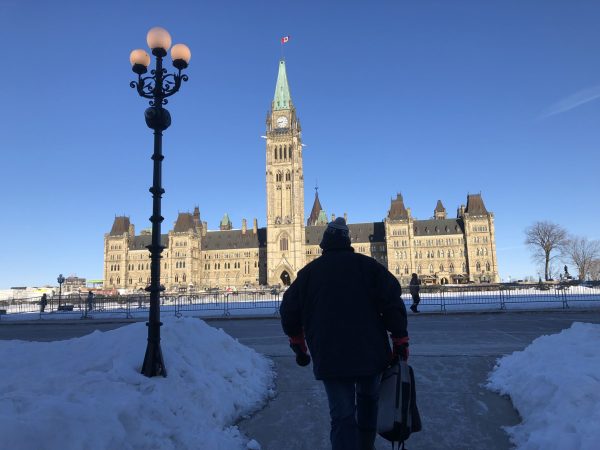 OTTAWA, Ont. – The Canadian Trucking Alliance (CTA) continues its push for a trucking-focused immigration program to help offset a shortage of truck drivers.

Speaking yesterday before the House of Commons Standing Committee on Industry, Science and Technology, CTA president Stephen Laskowski included the call among requests to crack down on truck drivers misclassified as independent contractors, modernize cross-border processing systems, and use future carbon tax revenue to promote the purchase of green vehicle technology.

Canada’s largest trucking association says the misclassification of drivers – under a business model that has come to be known as Driver Inc. – costs the national economy more than $1 billion a year in unpaid deductions.

The goal of a trucking-focused immigration initiative, meanwhile, would be to allow pre-qualified companies to recruit foreign truck drivers more quickly and with a lower administrative burden.

“The trucking industry is suffering from an all-year acute driver shortage which is expected to reach a supply deficit of nearly 34,000 truck drivers by 2024,” the alliance says in its submission. But Canada recruits a mere 1,500 truck drivers through the Temporary Foreign Worker Program in any given year.

“In absolute terms, this number is quite small and represents under 0.5% of the total truck driver population in Canada,” it adds. “With tens of thousands of drivers expected to retire over the next decade, this is but a drop in the bucket. The simple truth is the trucking industry is nearing a crisis point when it comes to meeting the demands for labor in our sector. When this point is reached, it will no longer be just a trucking issue — but an issue for the entire economy.”

The alliance also asked for Employment and Social Development Canada to review the funding model for occupations like truck drivers, so small trucking-related businesses can access the training dollars enjoyed in other sectors.

They weren’t the only items in the submission. Laskowski also called for the government to “prioritize” the introduction of electronic logging devices, delay trailer-focused GHG regulations until the U.S. decides how to proceed with a similar rule, and harmonize border data systems to help restore in-transit shipments.

The full submission is available at ontruck.org/…/Canadas-Impact-Regulatory-Structure_public.pdf