LEIPZIG, Germany – Early efforts to electrify trucks have largely involved plugging into charging stations or filling fuel cells with hydrogen. But one initiative in Germany seems to have more in common with a street car, drawing energy from overhead wires.

A new electrified eHighway for trucks, developed by German conglomerate Siemens, allows hybrid trucks to charge their batteries while traveling at speeds of up to 90 km/h.

“The most cost-effective measure to decarbonize road freight in Germany would be to build 4,000 kilometres of electrified highways,” said Patrik Akerman, head of eHighway business development for Siemens Mobility, during a presentation at the International Transport Forum Summit in Leipzig, Germany. More than 1,000 participants from more than 70 countries took part in that event to discuss, exchange and define transportation-related challenges and policies.

Citing a 2018 study by Federation of German Industries (BDI), Akerman said the costs could be covered by 11% of existing road tolls paid by trucks, and that 80% of trucks would then have an incentive to switch from diesel to electric.

A 10-kilometre stretch of the A5 autobahn between the Frankfurt airport and a nearby industrial park was equipped with the related system late last year.

Sixty percent of heavy-duty vehicle (HDV) emissions occur on only 2% of the German road network, according to the Federal Ministry of Transport and Digital Infrastructure (BMVI). So changes on the busiest routes can have a significant impact on emissions. Not only that, 80% of German trucks travel less than 50 km off a highway, the ministry says.

“If 30% of German trucks use this system, it would save 7 million tonnes of CO2 annually,” said Maximilian Eichhorn, global head of strategy and business development with Siemens Mobility.

“Traffic levels are rising around the world and this is true for freight transport and we need to manage CO2 emissions. Our industry is ready to supply new technology to support these goals to reduce our CO2 footprint while meeting the increased traffic demand, of which our eHighway system is a great example.”

Testing will continue until 2022, after which a decision will be made on whether or not to expand the project, which has so far cost the government $21 million. Two more eHighway tracks are already being built. One is in the northern region of Schleswig-Holstein, the other is in Baden-Württemberg, in southwest Germany.

The country also spent $105 million to make a special hybrid truck with Scania and Volkswagen. 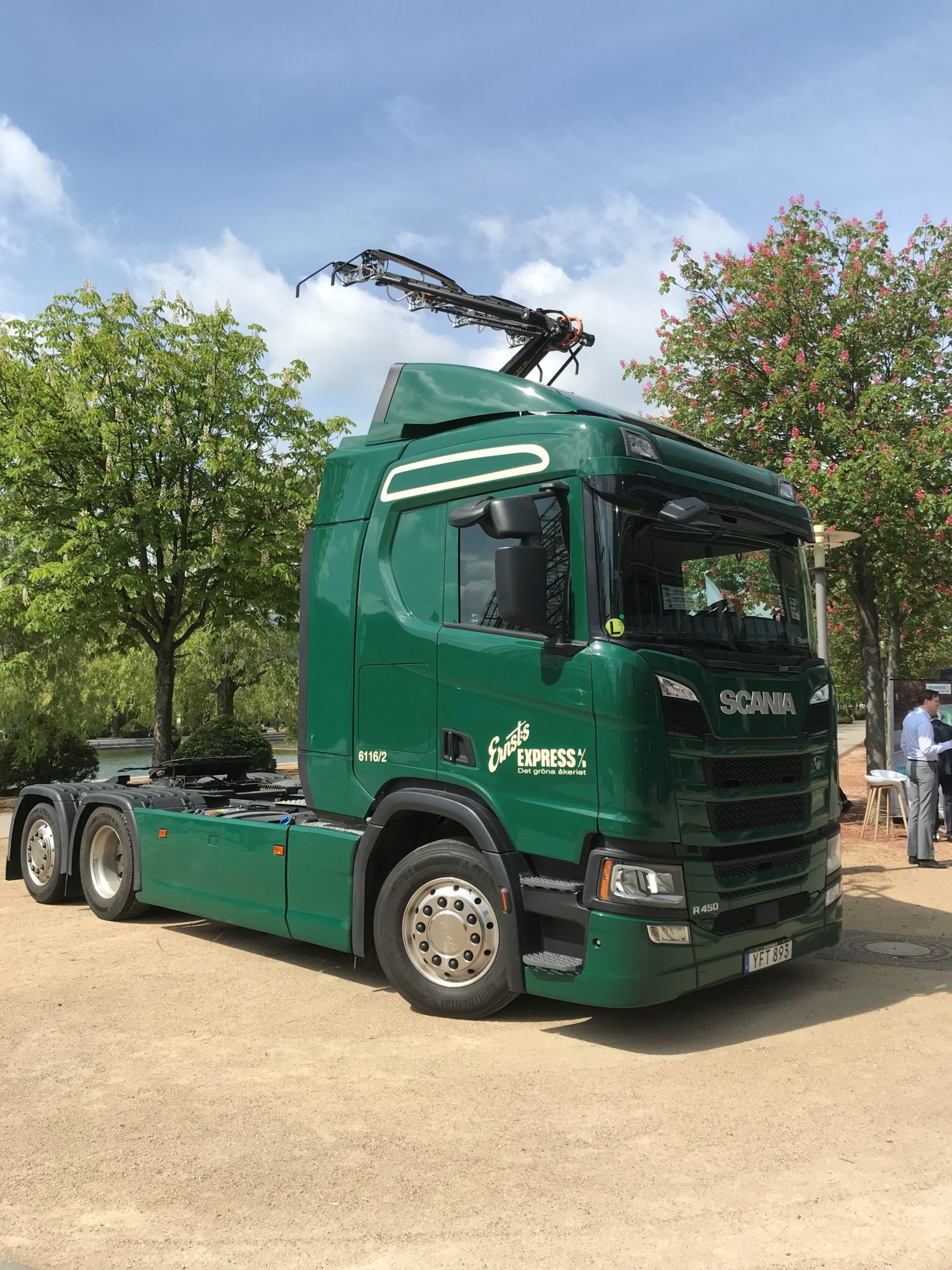