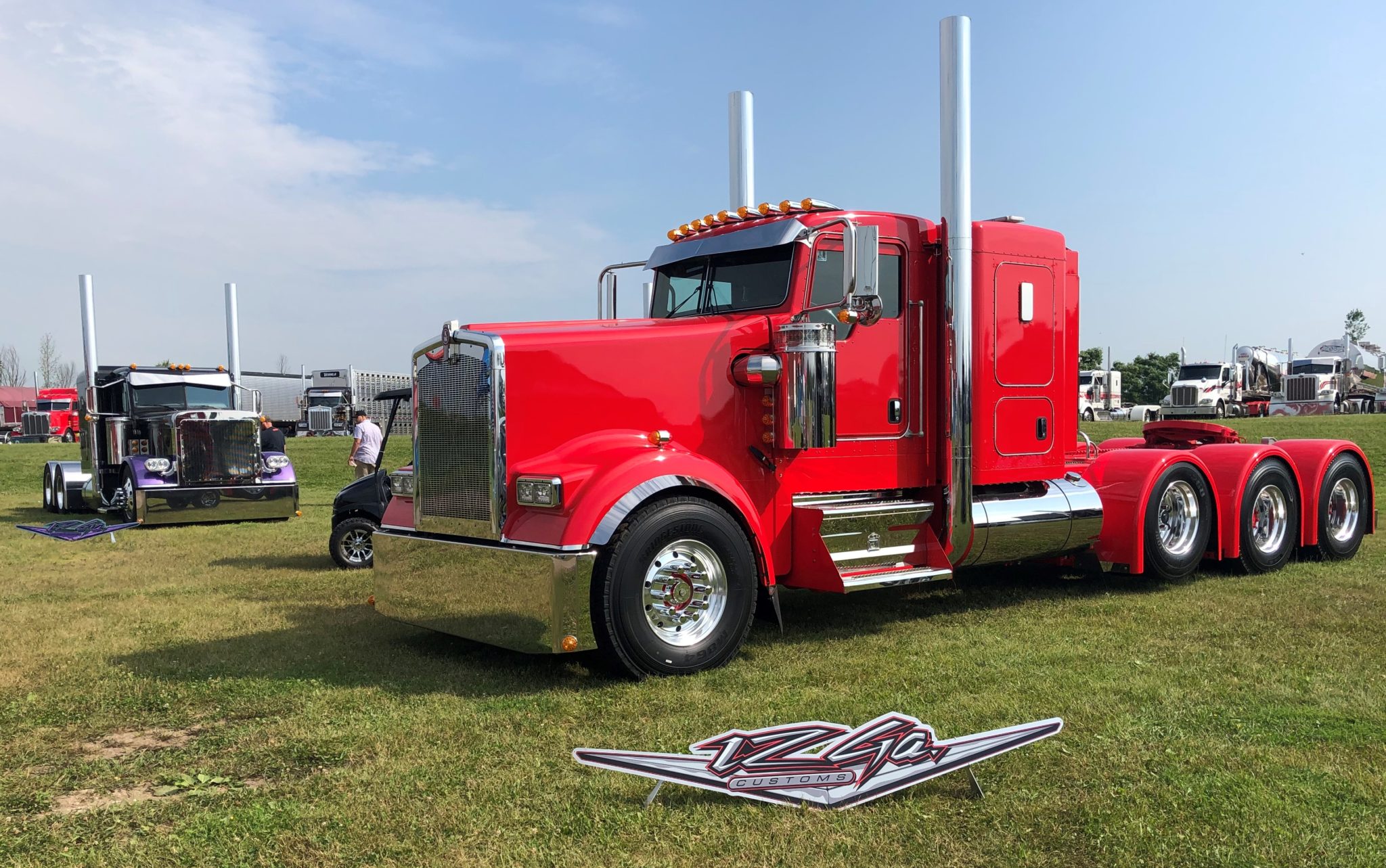 MILLGROVE, Ont. — They came in gleaming red, purple and black. They had their own displaying area at the Great Canadian Truck Show in Millgrove, Ont. And, they were all remanufactured from glider kits.

“It takes anywhere from three days to 2.5 months to assemble one. All depends on the customer’s wish list,” said Jeff Battler, manager at 12Ga Customs, as he gave a final polishing touch to one of the rigs before the opening of the show.

The company, based in Guelph, Ont., assembles about 100 trucks a year, most of them for the American market.

The glider kits – truck frames without engines, transmissions and drive axles – are purchased from original equipment manufacturers before being transformed into road-ready vehicles with refurbished powertrains that do not need to comply with strict emissions rules.

Owners have long complained about the expensive and problem-ridden emission-control systems installed in new trucks. They say the systems fail too often, leading to extended and frequent downtime.

“This is the truck that put us on the map,” said Battler, pointing to a black rig owned by TriCorp Transportation.

David Parker, who has been driving that truck since it was assembled about four years ago, said the vehicle never had any problems while other rigs at TriCorp were frequently stricken by emissions-related issues.

“Downtime is unacceptable, and with new trucks you can’t count on not being down,” said Battler.

“For example, if you have livestock in your trailer, you can’t be sitting at a dealership for two days with lots of cows on it. It just doesn’t work. So, reliability is a major factor.”

Of course, it is. Glider trucks are much more reliable, but they also pollute a lot, according to the U.S. Environmental Protection Agency (EPA).

Engines built under the current EPA regulation known as EPA10 are much cleaner – 12.5 times for smog-forming nitrogen oxides and 10 times for particulate matter – than EPA02 engines.

A 2017 study by the agency confirmed that glider trucks emit up to 55 times more soot and other pollutants, blamed for a range of diseases including lung cancer and asthma.

The study was questioned by some, but a subsequent audit published in late July has concluded that it complied with standard practices.

The original idea behind the glider program was to help truck owners to refurbish their wrecked rigs, but some are using it as a loophole to avoid the costly emissions systems.

Former U.S. president Barack Obama tried to change the abuse of this loophole by introducing a new rule, requiring all new trucks to use low-emission engines. It also limited the number of gliders built by a manufacturer to 300 units per year.

That all changed under President Donald Trump, who doesn’t believe in climate change or see any need to reduce greenhouse gas emissions.

In November 2017, the EPA called for a repeal of the emission standards and other requirements for glider kits under intense lobbying from their manufacturers.

Then in July 2018, the agency declared that it would not enforce a limit on glider sales before changing its decision a few days later under fire from environmentalists and truck manufacturers.

Under Transport Canada rules, it is legal to build a new vehicle from a glider kit for export, but not for sale in other parts of the country.

“If it is built in Canada and crosses a provincial boundary for sale within Canada in some other province or territory, it is most definitely not legal,” explained Don Moore, director of government and industry relations at the Canadian Transportation Equipment Association.

Moore said the key point is that the OEM chassis manufacturer does not consider the glider kit a vehicle and does not certify it to any level of compliance with the federal regulations.

“Anyone taking a glider kit, completing it as a ‘new vehicle’ and selling it into interprovincial commerce must certify the vehicle, apply a National Safety Mark assigned to them by Transport Canada and must do all the requisite testing to show that the resulting vehicle complies with all applicable Canada Motor Vehicle Safety Standards (CMVSS).”

But Moore said for a few hundred vehicles a year this is not practical due to the cost of the required testing.

Twelve GA Customs, however, doesn’t buy the argument that the glider trucks are heavy polluters.

“How can something that uses less fuel be so bad?” Battler asked, adding that he has read reports saying   barbecues create more pollution.

He said the pre-EGR engines from Caterpillar and Detroit Diesel that 12Ga Customs uses provide better fuel mileage by 10% to 18%, with considerably less maintenance cost and downtime.

“They pass all government testing for pollutants with flying colors,” he insisted.

Battler also noted that 12Ga Customs is the only Canadian company that remanufactures trucks from glider kits, and has an EPA licence to do that.