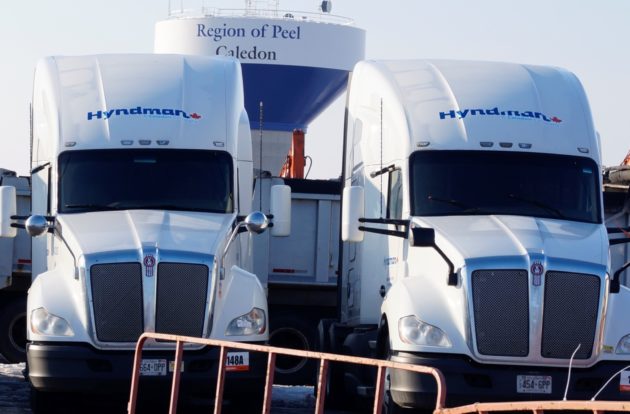 BOLTON, Ont. – Row upon row of heavy-duty trucks owned by the now-defunct Hyndman Transport are on display in Bolton, where Ritchie Bros. Auctioneers is holding its first Ontario sale of the year.

More than 100 Hyndman trucks are up for grabs.  They are among nearly 4,000 pieces of equipment being sold in the three-day auction.

Last month, Hyndman’s bankrupt American parent company Celadon Group selected Ritchie Bros. to sell more than 1,700 trucks and trailers. They will be sold in 19 auctions across Canada and the U.S. over three months, Ritchie Bros. said.

In January, an Ontario Superior Court judge appointed Toronto consulting firm KSV Advisory to oversee the liquidation of the assets of Hyndman.

“Celadon was well known for the quality and maintenance of its fleet, and we are excited to bring these assets to market through our upcoming sales,” said Zac Dalton, director of finance, insurance and insolvency at Ritchie Bros.

The items on sale this week include nearly 800 heavy-duty trucks, more than 700 pieces of construction equipment and 900 industrial support tools. Even an ambulance is being offered for sale.

Thousands of buyers have descended on Bolton to bid on the items, giving the local economy a boost.

“Today in our community, there was clear evidence of the auction going on at Ritchie Bros.,” said Warren Darnley, chairman of the Caledon Chamber of Commerce, as the sale kicked off Tuesday.

“It is wonderful to have a member business in our community that so positively affects so many other businesses, and we hope those out-of-towners come back and visit us again soon.” 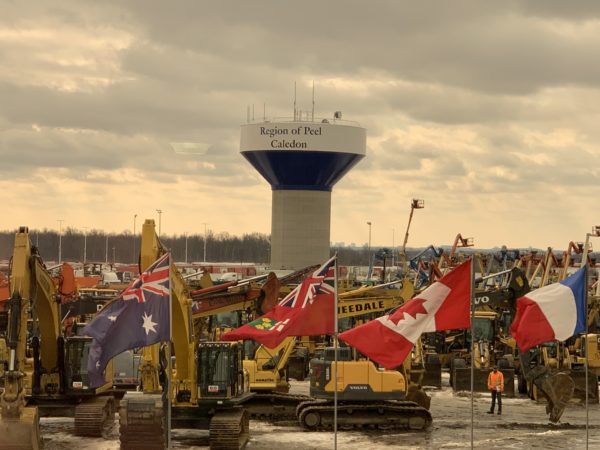 Bolton, about 50 kilometers northwest of Toronto, is the most populous part of the Town of Caledon.

“I am sure that our local retailers have noticed some new faces shopping. This includes restaurants, gas stations, convenience stores and even the big box stores,” Darnley said.

Ritchie Bros. typically employs 20 people in the weeks leading up to the auction, and another 40 during the sale, said Anna C. Sgro, senior vice-president for Canada East at Ritchie Bros.

She said many of them are local stay-at-home moms or retired community members.

“Our sales always sell out the local hotels,” she said, adding that the company usually books 40 rooms for about five days during the auction.

The company sells the trucks on behalf of the equipment owners.

The items are sold in an unreserved auction. That means there is no set minimum price, a business model Ritchie Bros. adopted when the company was founded in Kelowna, B.C., in 1958.

In December, Ritchie Bros. sold items worth $42 million in Bolton.