May 18, 2014
The US is modernizing its food safety regulations and Canadian carriers will be affected

WASHINGTON, D.C. — The US is modernizing its food safety regulations, introducing sweeping changes that will include new requirements for trucking companies. The aptly named Food Safety Modernization Act (FSMA) represents the first major overhaul of US food safety regulations since the current rules were written in 1938.

The Act includes seven major proposed rules and the most recent of them to be introduced, covering the Sanitary Transportation of Human and Animal Food, will have the greatest impact on carriers. The rule concerning transportation was announced Jan. 31 and is open for public comment through May 31. 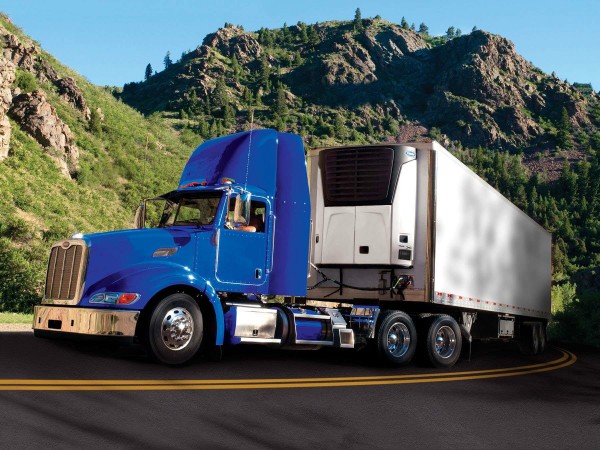 Canadian food haulers will have to meet new requirements under the Food Safety Modernization Act.

“This proposed rule will help reduce the likelihood of conditions during transportation that can lead to human or animal illness or injury,” Michael Taylor, the US Food and Drug Administration’s deputy commissioner for foods and veterinary medicine said when the rule was announced. “We are now one step closer to fully implementing the comprehensive regulatory framework for prevention that will strengthen the FDA’s inspection and compliance tools, modernize oversight of the nation’s food safety system and prevent foodborne illnesses before they happen.”

In an interview with Truck News, Mike Kashtock, consumer safety officer with the FDA’s Centre for Food Safety and Applied Nutrition, said carriers that already apply Hazard Analysis Critical Control Point (HACCP)-type principles to their operations won’t have trouble complying with the new requirements. However, trucking companies that are sloppy when it comes to cleaning, loading and maintaining their equipment will have to improve. The new rules will also place the onus on carriers and food companies to prove to FDA that they are safely handling food products throughout the supply chain.

“The 1938 law basically says you can’t produce foods, store foods or transport foods under unsanitary conditions and then puts the burden on FDA to go out and do inspections and find violations and take actions,” Kashtock explained. “The FSMA changes the paradigm and requires the broader industry to go through the preliminary step of analyzing potential things that could go wrong and then put measures in place to make sure those things are monitored and controlled so they don’t go wrong, or if they do go wrong, they’re spotted very quickly and the food is taken out of the channels of sale. All the traditional requirements of the 1938 law remain but the preventive elements that were never as a matter of law the industry’s responsibilities, are now the industry’s responsibilities.”

The proposed rule establishes requirements for vehicles and transportation equipment, transportation operations, training and record-keeping. As one example, shippers will be required to inspect a vehicle for cleanliness or contamination prior to loading food that is not completely enclosed by its container. Carriers will be required to establish written procedures, subject to record-keeping requirements, for cleaning their vehicles and equipment. The rules will apply equally to US carriers and Canadian fleets that operate there, as well as shippers, receivers and importers.

“Many companies practice those elements voluntarily,” Kashtock acknowledged. “What the FSMA really has done is taken the current practices that have evolved since the 1938 law and made them not voluntary. A lot of what this new food safety law would require when the regulations get finalized, proactive firms have been doing for quite some time.”

The three primary areas identified under the rules as the most likely causes of contamination during transport include: temperature control, the transportation of bulk product in tankers; and cleanliness of cargo bays. Rather than rewrite the rulebook, Kashtock said FDA opted to encourage the use of best practices that already exist within the food industry.

Kashtock said incidences of food contamination during interstate transport are actually quite rare. It’s more of a problem on the local level.

“One area where there have been some of these types of reports (of contamination) are deliveries to ethnic food restaurants where there have been some reports of deliveries taking place of perishables in non-refrigerated vehicles or stacking of loads in such a way that raw meat and produce were stacked in close proximity to one another,” Kashtock said. “This is very sporadic but it’s indicative of the challenge of trying to gain acceptance of these best practices, really at all levels of industry, down to the levels where there obviously needs to be more of an appreciation of proper handling and maintenance than there is right now.”

Asked if the rules will eventually require the use of telematics solutions that remotely monitor the temperature of refrigerated food while in transit, Kashtock said the FDA doesn’t plan to mandate any specific technologies.

“We haven’t proposed any specific type of technology to be used for temperature monitoring, nor have we proposed to require continuous, ongoing monitoring during shipments,” he said.

The rules continue to be subject to public comment until the end of May, at which time the FDA will review the feedback that was provided and make any necessary changes to the regulations. The court-ordered deadline for the final rule to be published is March 31, 2016. Once published, it will be at least another year before it’s implemented, meaning carriers won’t have to comply with the new rules until 2017 (for large businesses, defined as having more than US$25.5 million in annual revenue) and 2018 for small businesses.

You can view the full rule as well as details on how to submit a comment here.

2 Comments » for Impending US food safety rules will affect carriers