When an accident occurs involving a commercial motor vehicle, truck drivers — and the companies that employ them — are typically the first to take the fall. However, video is the only definitive way to prove a driver’s innocence. 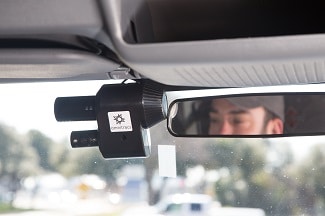 Installing an in-cab video monitoring system consisting of a forward-facing camera, driver-facing camera, or both can help you fully understand how an incident happened and if your driver was at fault. Additionally, it can improve safety habits for your drivers, reduce insurance and litigation costs, as well as exonerate your drivers in the face of a claim.

Because safety is a top priority for your organization, implementing these cameras should be an easy transition and an expected next step in your safety program. By alerting drivers and automatically triggering a video during a forward collision, lane departure, hard brake, stability control, or speeding event, these cameras will improve your drivers’ skills and accountability. Additionally, they can help improve safety scores by monitoring hard braking, which mostly occurs at red lights, and following distance. According to a TechValidate survey, 70 percent of video customers surveyed agreed that in-cab video eliminated risky behavior.

In the event of an accident, drivers and managers are exposed. Managers are being told what happened, and drivers are now involved in a game of he-said-she-said. The other party’s attorney may claim that your driver was all over the road or not paying attention, shifting the blame to you.

With the use of forward-facing and driver-facing cameras, managers, insurance agents, and attorneys can see what really happened almost instantly. If a driver is involved in a crash, a video can be the defining factor to prove that your driver was not at fault, and save you long and expensive legal battles.

Before installing an in-cab system, let your insurance provider know. Having video surveillance of your truck on the road may reduce insurance expenses.

A University of Michigan Transportation Research Institute study found that car drivers were assigned contributing factors in 81 percent of crashes involving large trucks, versus only 27 percent for professional drivers.

Having a driver-facing and/or forward-facing camera can prove if a driver was in control of his or her vehicle and did everything possible to prevent an accident from occurring. Forward-facing cameras alone can establish the fact that a driver did not change lanes. These cameras can prevent drivers from being disciplined or even fired for an accident they did not cause — which is important, as driver retention is a major issue in trucking.

For most long-haul drivers, a cab is a home away from home, which raises privacy concerns regarding in-cab cameras. To ensure drivers’ peace of mind and privacy, he or she can disarm the driver-facing camera by going into off-duty or sleeper status. When they are in this status, the camera and audio will be turned off.

Having a conversation with your drivers about the importance of their privacy and how this video technology can ensure their control of the driver-facing camera will go a long way in putting their minds at ease.

Having a reliable, accurate video in the face of an accident claim or trail can be the deciding factor for the livelihood of your driver, and possibly your company. Omnitracs’ Critical Event Video (CEV) allows you to decide which critical events will be automatically sent to managers, and how many seconds of each event will show. Installation options include individual or two-camera enclosures to configure forward-facing and/or driver-facing cameras.

CEV is integrated with Omnitracs’ Critical Event Reporting (CER), so you have the ability to quickly view data and download and recreate the video. The data that creates messaging in CER is the same data that lets drivers know that he or she had an incident.

You can set your CEV system to continuously record your driver’s actions on to an SD card so nothing is missed, or turn off the automatic video to review the incidents with increment reporting.

It is important to train your drivers on the in-cab cameras and explain how they can keep them safe, exonerate them when involved in accidents caused by someone else, and support their employment security.

Accidents are all but certain in a driver’s career, but installing these in-cab videos can decrease incidents by 20 percent on average, improving the safety of your operators and all other vehicles on the road.