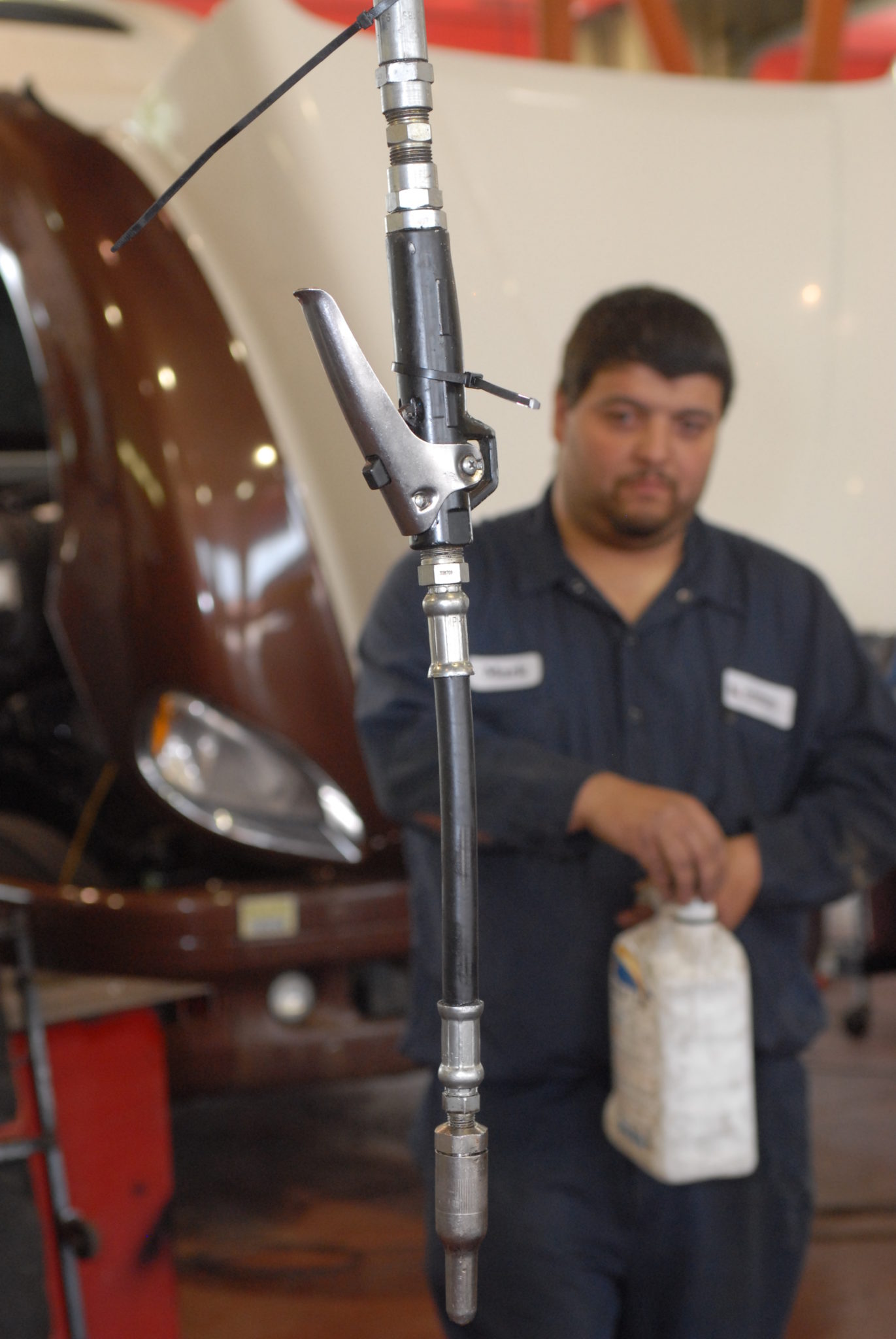 TORONTO, Ont. — The last truck I owned was a 1991 Peterbilt 379 with a Detroit Series 60 engine. I had to change the oil in that thing every 10,000 miles (16,000 km). At about $200 a pop every time I pulled the drain plug, oil changes took a significant bite out of my maintenance budget. I’m not in a big hurry to buy another truck, but I have to say I’m envious of current truck owners who can get away with two or three oil changes per year — in some cases, maybe only one.

Through a combination of design changes to the engines to meet the GHG17 standards, new oil formulations, and a recognition that different applications and duty cycles affect the oil differently, owners of newer trucks running recommended lubricants can run out to far as 97,000 km when a sampling program is followed.

Some, like Mack, require customers to use an in-house brand of oil to ensure product quality.

“There is a misconception that Mack Engine Oil EOS-4.5 is simply a rebranded version of the other engine oils on the shelf, and nothing could be further from the truth,” says Scott Barraclough, Mack technology product manager. “Mack Engine Oil EOS-4.5 is a proprietary formula that is tested and approved with Mack equipment, which allows us to extend drain intervals.”

Cummins allows approved customers to take drain intervals out even further if they participate in the OilGuard program. It starts with a selection of test vehicles and a monitoring program, with engine data and oil samples analyzed every 16,000 km during the testing period. Once approved, periodic testing and reporting may be required, but that bit of extra effort will get you an 128,000-km oil change interval.

It wasn’t long ago that you would have needed a sampling program and OE approval to achieve drain intervals of that magnitude. Today, the OEs must be pretty confident in their oil recommendations and engines to offer such drain intervals, but there’s always the possibility of missing a drain deadline. So a sampling program can provide a buffer of sorts. That will provide some assurance that it’s still good to go even a little beyond the maximum recommended mileage if you’re caught on the opposite side of the country at drain time.

“In a newer, well-maintained engine, you really shouldn’t have any contaminants like fuel, coolant or wear metals, so TBN is the important think to check for,” she says. “As the engine ages, you may reach a point where seals fail and some contaminants could enter the engine. Sampling and analysis will alert you to such a condition and give early warnings about the condition of the components inside the engine as wear metals begin to appear in the samples.”

Taking one oil sample every now and then won’t help you much. It may identify an existing problem — such as the presence of fuel or coolant — but won’t help establish wear trends to guide future maintenance.

“It’s the trends that are important,” says Jack Fasoli, heavy duty national key account manager, Total Canada. “Each brand of engine will have its own signature of wear metals, and you’ll see them right from Day 1 in minute quantities. And as the engine ages, each engine will display its own wear characteristics. You can track these over time and if you see a spike in certain metals, for example, that will alert you to a potential problem.

“It’s the same for engines in different applications, like highway compared to city driving or high idle time,” he adds. “There’s a difference in the way the oil degrades and is consumed. They will have different trends, and a good sampling provider will take that into account when providing the report.”

In today’s engines, higher pressures inside the fuel injection systems – combined with higher temperatures in the combustion chamber and the aftertreatment systems — have put a lot of stress on oils. Today’s new oils not only have better additives to prevent oxidation, but they also have better base stocks, new additives, and better shear stability improvers. These CK-4 and FA-4 formulas are at least partially responsible for the extend drain intervals now being offered by OEMs, but not everyone is ready to jump onto that bandwagon just yet.

“This is not the case, and the introduction of CK-4 and FA-4 was a big step forward in the evolution and acceptance of lower-viscosity engine oils,” he says. “We know that there are a number of misconceptions surrounding low-viscosity oils across the industry, particularly the belief that they are not as protective as an SAE 15W-40, despite the fact that all major North American engine OEMs have been factory filling with 10W-30 oils for many years.”

It’s been nearly two years since the formal introduction of CK-4 and FA-4, and fleet uptake has been slow, the oil companies say, despite the documented advantages.

Total Base Number (TBN) has been used for years as a key indicator of when engine oil needs to be drained and replaced. Measuring the rate at which TBN depletes indicates how much of the oil’s original additive package remains, to help neutralize organic and inorganic acids. While the TBN is still a critical reference in used oil analysis, there’s another equally important number to watch: TAN, or Total Acid Number.

TAN measures the acidity of the oil; TBN measures the additive that neutralizes the acid. Think back to high school chemistry class. Acidity and alkalinity are measured using the pH scale. Acidic substances like battery acid or vinegar are said to have a low pH value, while alkaline (base) substances like bleach have a high pH value. Water is considered neutral, with a pH value of 7, while battery acid has a pH of 0 and drain cleaner, 14.

Emissions systems that emerged in 2007 required ultra-low sulfur diesel (ULSD), which slashed sulfur levels to 15 parts per million from 500. In the past, high-TBN oils were needed to neutralize the sulfuric acid produced by burning by high-sulfur fuel.

Lower levels of sulfur in diesel were accompanied by oils with a lower TBN. In the past, a low TBN would suggest the additive package was depleting and the oil was finished. It’s now being suggested that low TBN numbers don’t necessarily indicate the oil should be changed. Some oil companies, Chevron and Phillips 66 among them, are saying a better way to determine the overall health of the oil is to use a more comprehensive mix of indicators — including TAN, wear metals, oxidation, viscosity and TBN retention.