ATLANTA, Ga. – Peterbilt is anticipating a market share of close to 15% of Class 8 vehicles this year, as North America’s trucking industry closes in on one of the strongest sales periods on record.

“We see next year as a solid replacement volume year,” said general manager Jason Skoog, during a media briefing at the North American Commercial Vehicle Show. Even at the lower numbers, they would still represent the fourth- or fifth-best sales year in the past decade.

“We’re going to build the number of trucks that we’ve got orders for,” he said. “When the market goes down, you can always make up some of that in market share increases.”

Peterbilt sales have been undeniably strong.

Since unveiling its Model 579 UltraLoft, Peterbilt has secured 11,000 related orders, and 7,500 of those have been built since last July. And the OEM’s medium-duty market share reached 9% last year, while another company record is expected to be set in 2019.

Various economic conditions remain promising, he noted. U.S. consumer confidence has bounced back from a low point in August; unemployment is now at 3.5%; and housing starts are on pace to hit 1.2 million units this year.

“Freight is still available. It’s strong. But rates have been softening – especially in the spot market,” Skoog acknowledged.

Peterbilt remains focused on the future in the midst of it all.

The company plans to have 36 electric vehicles on the road by the first quarter of 2020.

“We will begin low-volume production by the end of next year,” Skoog said.

Other changes are scheduled for the coming year.

The next generation of the Wingman Fusion collision mitigation systems will be standard on the Peterbilt Model 579 in the first quarter of 2020. That will give Peterbilt drivers access to features such as multi-lane emergency braking and highway departure braking.

Highway departure braking functions will sound an audible alert for the driver and will apply foundation brakes to reduce vehicle speeds by up to 32 km/h if the system determines the vehicle unintentionally leaves the roadway.
Multi-lane emergency braking continues to apply brakes if a driver, in the midst of a collision mitigation event, steers into an adjacent lane that has another vehicle blocking the path forward.

Over-the-air (OTA) engine updates, meanwhile, will be available as of December for Model Year 2017 or newer MX-13 and MX-11 engines with an active SmartLinq subscription. Customers can request the updates through the PACCAR Solutions panel, while the PACCAR OTA mobile app is available for iOS and Android devices.

Interest in Paccar’s 12-speed automated transmission continues to grow as well. It’s currently spec’d in about 60% of the on-highway Model 579 trucks, and can now be coupled to PACCAR MX-13 and MX-11 engines in light vocational applications.

The light vocational configurations can be ordered now for delivery in 2020. 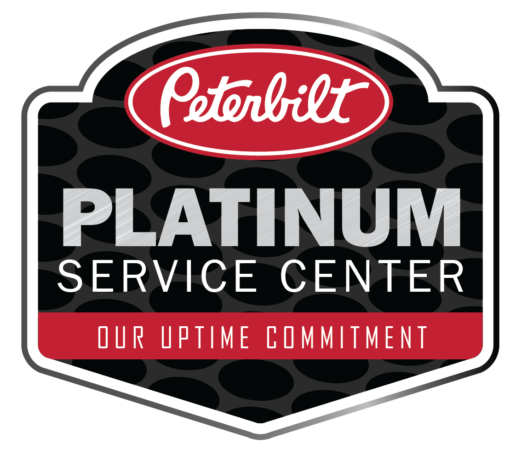 “Designations will be made at our annual dealer meeting in February,” Skoog said.

It’s the latest in an ongoing series of investments into the OEM’s dealer network. Its TruckCare call centers, still used today, were introduced in the late 1990s. Those were followed by the Peterbilt Technician Institute that has graduated 730 technicians since being unveiled in 2013 and established its fifth location in 2019. The Rapid Check system to triage trucks within two hours came in 2014, followed by SmartLinq diagnostics in 2015. More than 113,000 vehicles are now equipped with SmartLinq remote diagnostics.

Paccar Solutions Service Management is now available at 96% of dealer locations, empowering customers to approve repair orders, and offering visibility into any trucks at a Peterbilt location.

A mobile service truck initiative known as Peterbilt Motor Service was launched in 2017. Today, about 60% of dealers have at least one mobile service truck, compared to the 20% that had such a vehicle just five years ago. There has also been a seven-fold increase in the number of service trucks since 2014.