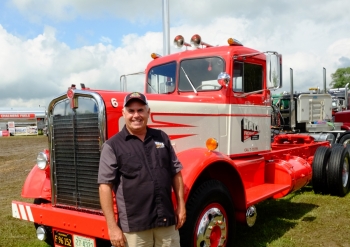 CLIFFORD, ON — In spite of rain and loads of mud on Saturday, July 1, the eighth annual Antique and Classic Truck Show organized by the Great Lakes Truck Club was another success. Some 1430 people came through the gates on Saturday, somewhat fewer on Friday.

Back in 2010 the show’s first running attracted 80 trucks and the organizers, a straight-shooting bunch of truck lovers, were a little surprised to have that many. In 2011 there were about 120 rigs, and the show was firmly on the map.

The weather and the 150th Canada Day celebrations kept this year’s truck registration count at 260, down from last year’s 270, but the relaxed and happy spirit was the same. And according to club stalwart and show co-ordinator Verdun Zurbrigg, the percentage of classic trucks compared to newer ones was up substantially. That suits everybody well.

The show’s success is no accident. It’s a carefully crafted attempt to be a relaxed event devoid of any pressure whatsoever. There’s no competition for prizes, very few vendors, just old trucks — some of them not yet made pretty — and people who love them. 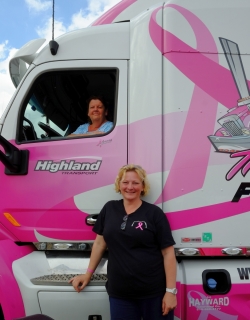 “For me it is a plan coming together,” said Chris Hall, a club founder, past president, and one of its main driving forces. “When we conceived the show I wanted old-truck owners to be able to restore an old classic then have a place to showcase it. Now people build trucks specifically to debut at Clifford.”

In fact Hall used this year’s show to debut his own truck, a long-wheelbase, tandem-axle 1952 Kenworth model 825, with a rare supercharged Cummins NHRS 320. Found in California as a basket case, but complete, it has an aluminum frame and a generally lightweight spec’. The build took seven years of off-and-on work — Hall did most of the work himself — and the result is spectacular. If it isn’t perfect, I don’t know what could possibly be done to make it so. Down to the last detail, it’s been restored to the way it was when it left the factory.

Kenworth was the show’s featured marque this year, and there were lots of them there, including a sizeable bunch of cabovers.

Other highlights of this year’s show included Phil Langevin’s beautiful Western Star with its bright and shiny stainless-steel bunk, all the way from Ottawa. Another was the immaculate 1957 White Mustang 9000T owned by Hutton Transport of Uniondale, ON. And Peterbilt devotee Kevin Trafford of Tara, ON, showed off his latest, a beautiful Model 359, sitting beside his ’72 359 with 12 Detroit cylinders.

I must give a big shout-out to my willing chauffeur, Jason Schlueter of Stratford, ON, club member and owner of a lovely 2014 Freightliner Argosy cabover. He hauled me through the mud on a little John Deere and saved me from falling on my keester. Still took me an hour to clean my shoes afterwards. Thanks, Jason. 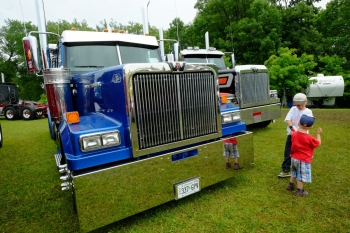 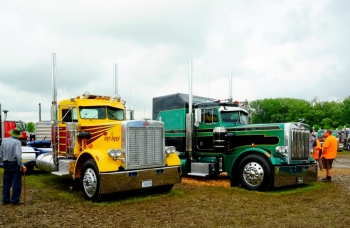 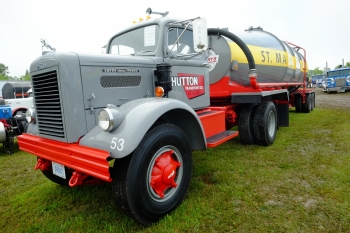 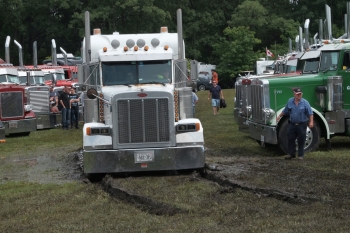