TORONTO, Ont. – It seems odd to identify Toronto as the origin of this story – especially since our editors travel far and wide to bring you the stories about the latest trucks. And there was plenty to test drive during 2019. Here is a look back at the opinions and videos from behind the wheel.

For the record, I have previously expressed a high degree of skepticism about replacing traditional mirrors with camera and monitor systems. Glass mirrors work well enough and drivers are very familiar with them. I can’t think of another safety system on a truck that drivers rely upon more heavily and have grown more accustomed to than mirrors. … more 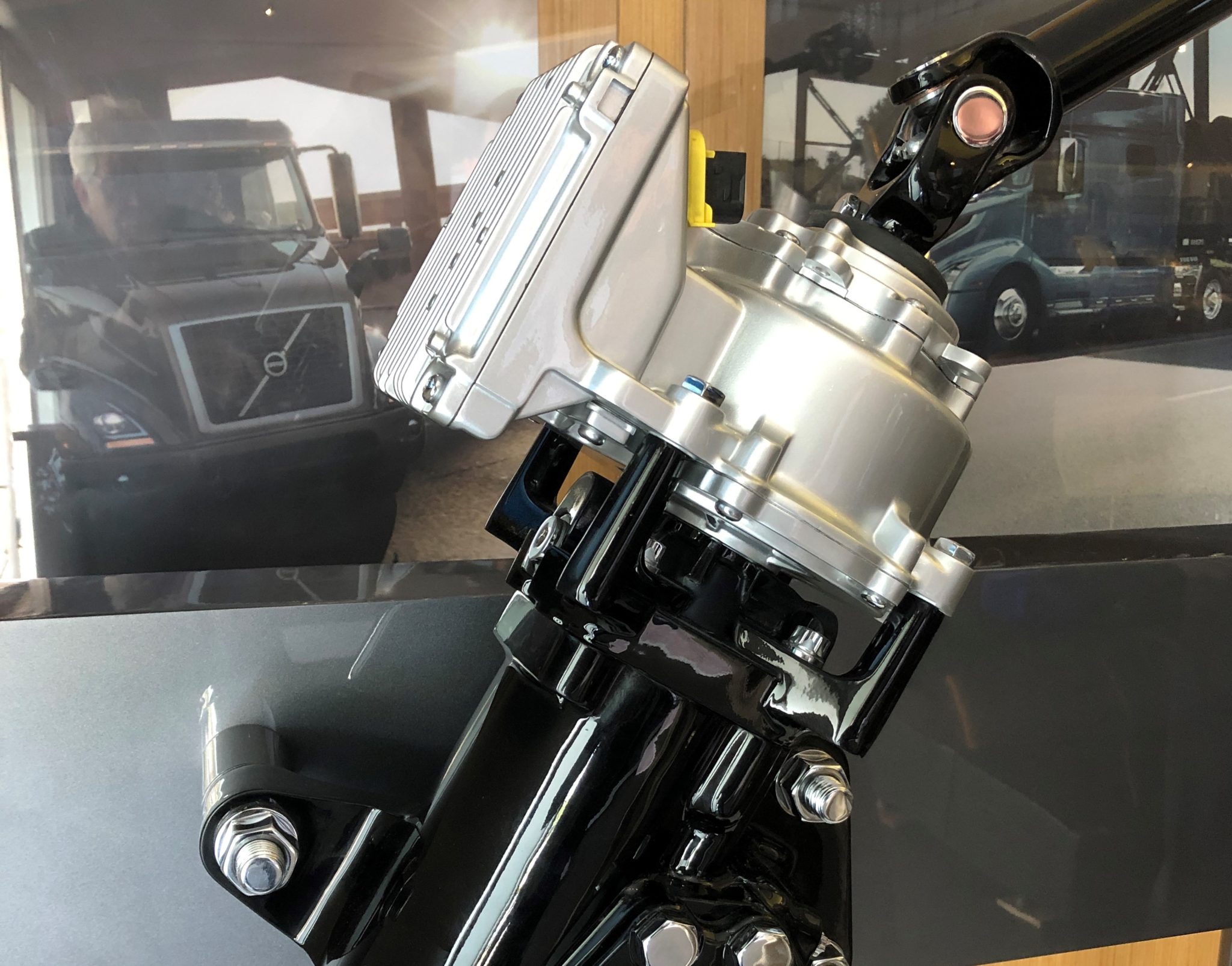 Volvo Dynamic Steering (VDS) is an electric-over-hydraulic steering-assist system designed to improve maneuverability and lessen driver steering effort by up to 85% at low speed, while maintaining a stiffer feel at highway speeds. … more

We waited nearly a year and a half for a ride in one of Hino’s new XL Series trucks – specifically, for the chance to drive one of the Class 8 straight trucks configured with a 24-foot reefer box. And after all that time, equipment editor Jim Park says it was worth the wait. … more

Video: A walk-around of the Hino XL8

Video: Behind the Wheel

Peterbilt recently hosted more than 100 customers at the Paccar Technical Center here to show off its new UltraLoft sleeper and other offerings. But it was a Model 567 decked out in a “cowboy” spec’ that stole the show. … more

When was the last time you heard a driver say something positive about a trailer suspension? Most drivers would barely be aware that their trailers even had suspensions, but a design innovation from Hendrickson has actually prompted drivers to call the company asking what type of suspension they were pulling. They wanted to urge their bosses to spec’ the same suspension on future trailer orders. … more

Seven years have passed since Jim Park’s first drive in a Peterbilt Model 579. That particular truck was built right around the time the model was being unveiled at the Mid-America Trucking Show in March 2012. It’s safe to say the truck has only improved with the passing of time. … more

SCOTTSDALE, Ariz. — It’s easy to get excited and stay excited about fuel economy when you can see positive change coming from your efforts. When I saw the numbers creeping up into the 10s on a recent test drive in a Peterbilt 579 EPIQ, I started pushing for 11. And it worked. … more

Precise plowing with a GPS

It snows a lot through Thompson Pass, yet the snow plow crews there can keep running thanks to an ultra-precise GPS ­system that’s accurate to within two ­centimeters, or less than one inch. … more

Video: Plowing with a Mack Granite

It wouldn’t be fair, after a couple of hours of driving, to judge the W990 against the W900L’s 18 years in the market, but I have to say it showed very well. If the truck had any other badge on it, I think early approval numbers would be off the chart. … more

In these early days of electrification it still seems unusual to roll ahead when a truck’s sounds have more in common with a golf cart than what we traditionally associate with commercial vehicles. And Spicer’s turnkey electric chassis offers an undeniably quiet ride. … more

It can be a little disconcerting to watch a steering wheel move back and forth on its own, but there it is. One of the latest new Cascadias to roll off Freightliner’s assembly line nudges left and right to keep within tracked lane markings, even when hands are off the wheel for a few seconds. … more

As trade journalists, we are exposed early to emerging technologies. In the case of battery electric vehicles, we have been writing about them for close to five years now. My first BEV test drive was in 2015, and I have driven about a dozen since then. Except for three of them, most of those trucks were “proof of concept” vehicles, that is, someone bolted a bunch electric stuff onto an existing diesel truck chassis to show it can be done. … more