BLOOMINGTON, IN – The rollout of mandated Electronic Logging Devices (ELD) continues in the U.S. And while some trucking operations have secured temporary waivers, analysts at FTR Intel believe a bid to exempt small carriers outright is unlikely to succeed. 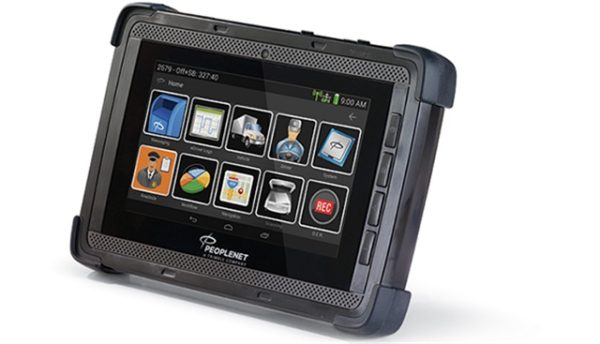 The Owner-Operator Independent Drivers Association (OOIDA) has asked regulators to exempt small businesses making less than US $27.5 million in revenue, that don’t have an unsatisfactory safety rating, and have a safe record with no attributable at-fault crashes. It would last five years.

An exemption like that – already rejected during the regulatory review process – would essentially gut the mandate for ELDs, and has been opposed by the American Trucking Associations and safety advocacy groups. Eighty-one percent of over-the-road trucking companies, and 93% of one-truck operators among them, have had no DOT-recordable crashes in the past two years, FTR notes.

“We very easily could be talking about an exemption that could include tens of thousands of carriers,” said Avery Vise, vice president – trucking research, during a related webinar earlier today. “It’s not likely to succeed.”

Still, the likelihood is not a firm zero. The bid has found support from 25 members of U.S. Congress.

A waiver that applies to haulers of agricultural commodities expires March 18, as does a waiver for PeopleNet customers who integrate existing Automatic On Board Recording Devices with fleet management and safety systems. Another waiver for short-term truck rentals extends until April 19.

Those who have yet to begin running ELDs won’t face out-of-service violations until April 1. But Vise warns that they may still have challenges with CSA safety ratings.

The Federal Motor Carrier Safety Administration asked states to use a specific violation code (39522A) until April 1, ensuring the violations were not counted toward CSA scores. But these codes have yet to be applied, Vise says. In fact, he has seen an increase in codes which suggest no logs are available, or relate to the use of AOBRDs.

“That’s actually going to affect their CSA score – and it’s something FMCSA is on record, in writing, saying this should not affect CSA scores,” Vise said.

ELD data could also be used in the future to track more than hours of service alone. The FMCSA trains inspectors how to use a carrier’s GPS data in a compliance review, Vise explained, referring to fleets that have received “substantial” fines for speeding. “You’re now more accountable for speed than you probably thought you were.”

In the meantime, approaches to enforcement have varied. Individual officers in some states have the discretion to write tickets. But across much of the nation, enforcement has been lacking or inconsistent, Vise said.

The “jury is still out” on whether ELDs will affect capacity, he added. Excessive detention and unfriendly shipper/receiver schedules could affect productivity in certain sectors, especially refrigerated transportation and grocery deliveries. But this is somewhat eased by the waiver for the agricultural sector.

In fact, the current ELDs may have even led to more money for those who haul freight.

Assume an owner-operator who ran 120,000 miles per year including 10% empty miles, and received the average spot market price for the load, Vise explained. Then assume productivity dropped 9% because of ELDs. This would suggest a $15,000 drop in annual revenue as of February 2018, compared to the $170,640 collected as of February 2017. At today’s rates – even with the reduced productivity – the revenue is actually closer to $201,474.

Until spot rates drop below $1.75 per mile, the operations with ELDs are still better off financially than they were a year ago, he said.

Besides that, if every U.S. owner-operator left the industry because of the devices, they would still represent just 4.7% of the trucks on the road.

“It’s a pretty substantial chunk,” Vise said, “but it is survivable.”