Intra-Canada load volumes were down 22% from August 2014 and represented 28% of the total load volumes.

In addition, the equipment capacity went down 7% month-over-month, but increased 32% year-over-year. The equipment-to-load ratio dipped to 3.47 from 3.71 in July. Year-over-year, this ratio increased from 1.89 in August 2014, representing a 78% change.

You can view the real-time and historical data on total truck and load volumes, as well as ratios in specific areas by clicking here. 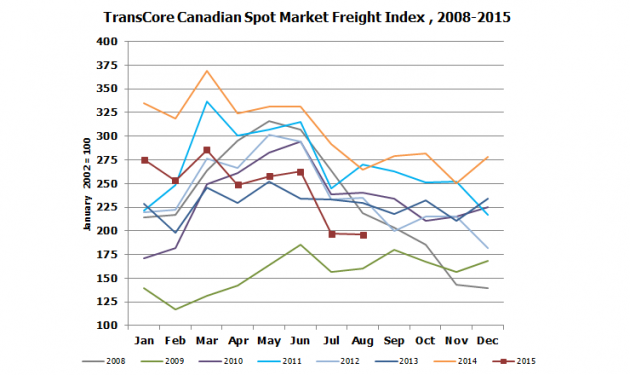