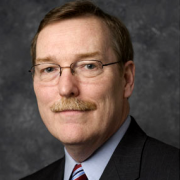 LAS VEGAS, NV – Troy Clarke, the president and CEO of Navistar, believes the trucking industry is entering a period of “revolutionary” change.

“Today, change is going to come much more rapidly, and the impact is going to be much more significant,” he said, speaking to those who had gathered to see the launch of International’s new LT Series of Class 8 trucks. And he sees that change affecting everything from the way freight is moved to the way vehicles are operated.

Emerging technologies which make autonomous vehicles a possibility are clearly an example of that.

“There are those in the industry that see a future that maybe doesn’t include the driver,” Clarke said. “Will the driver someday become a relic of our industry? Probably no one knows for sure today, but we don’t think so. Drivers are important to our industry and they are central to our view of the future.”

Instead, he sees autonomous technologies emerging in the form of systems that assist drivers, much like the way autopilot is used on an airplane, where pilots remain responsible for takeoffs, landings and special circumstances. Features like collision mitigation systems – standard on the new LT Series – are simply early steps.

Clarke also predicts virtually every truck will be connected within the decade, referring to the 230,000 trucks linked through the OnCommand diagnostics platform as just the beginning. Volkswagen Truck and Bus, which recently assumed a 16.6% stake in Navistar, connects 140,000 trucks as well.

“These connections will mean that data will flow between all partners in the system, as well as the transportation infrastructure. Like never before, this data has the opportunity to align everybody’s interests and bring visibility to all areas of the transportation system, and seek out ways to make shipping freight more efficient by eliminating time and lowering cost,” he said. “We have half the equation solved because, at this time, we know where that truck is, and we can tell you how it’s performing.”

There is still work to do, though, such as letting carriers know where potential customers have freight, and where that freight needs to be shipped.

“Improving asset utilization in some ways is really no different than what we see taking place today in the passenger car market. Companies like Uber and Lyft, they really have the potential to disrupt and redefine the automotive value chain,” Clarke said, referring to the ride-sharing services that have disrupted the taxi industry. “Make no mistake, these companies are going to try to do the same thing in our industry. We understand that, and we’re not just going to sit on our hands.”

For Navistar, that clearly means leveraging the new partnership with Volkswagen Truck and Bus. The companies are just now developing a six-member team of executives that will guide much of the work to come.

The question now is what will actually emerge beyond the powertrain that Volkswagen is already expected to introduce as early as 2019.

“Everything is on the table,” said Eric Tech, senior vice president – business corporate development at Navistar, referring to everything from cost savings to procurement, as well as engine advancements based on European and North American emissions standards that are becoming evermore similar.

“Navistar has experienced about 10 years’ worth of change in just the last couple of years,” Clarke admitted. “We stepped back to fix what needed to be fixed. We are now positioned to take our business to the next level. The fact we have a great partner is now a testament to the progress we’ve made.”