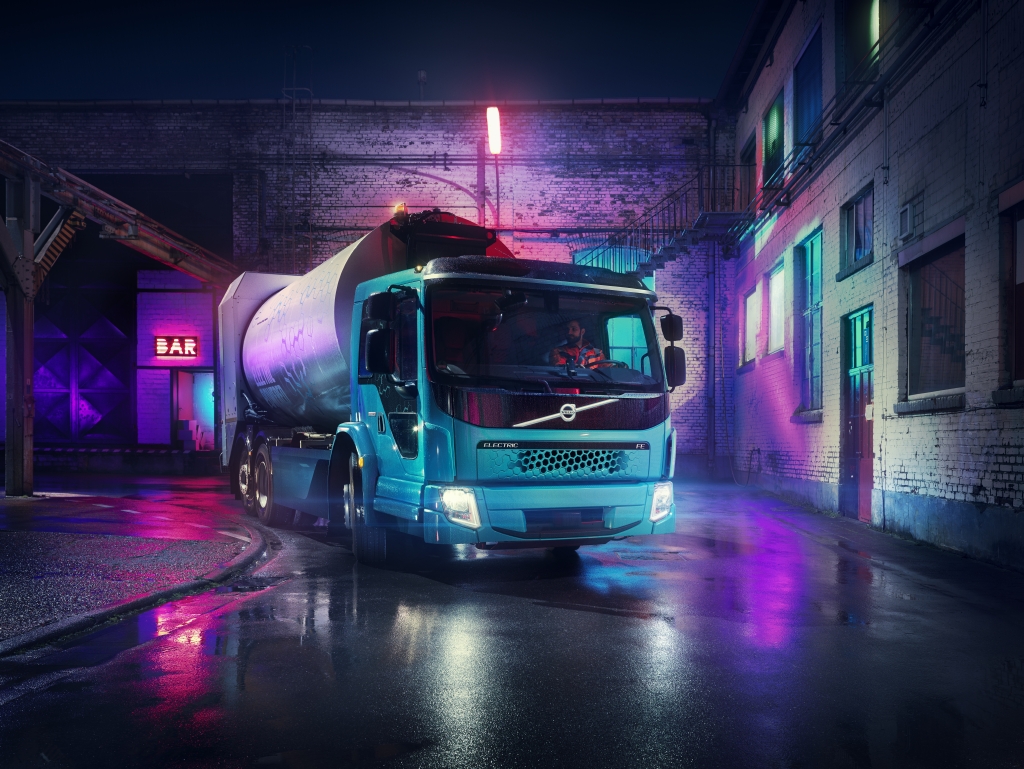 The FE is designed for city distribution and refuse operations with gross weights up to 59,500 lb.

The first of the trucks will begin operating in Hamburg, Germany early next year with support from Faun, a bodybuilder specializing in refuse collection.

Rüdiger Siechau, CEO of Stadtreinigung Hamburg, refers to the potential of electric trucks in the German city.

“Today, each of our 300 conventional refuse vehicles emits approximately 31.300 kg carbon dioxide every year. An electrically powered refuse truck with battery that stands a full shift of eight to 10 hours is a breakthrough in technology. Another benefit is the fact that Stadtreinigung Hamburg generates climate-neutral electricity that can be used to charge the batteries,” he says.

The truck’s driveline includes a pair of 370 kW electric motors with a two-speed Volvo transmission. Between 200 and 300 kWh of energy stored in lithium-ion batteries offers up to 200 km of range.