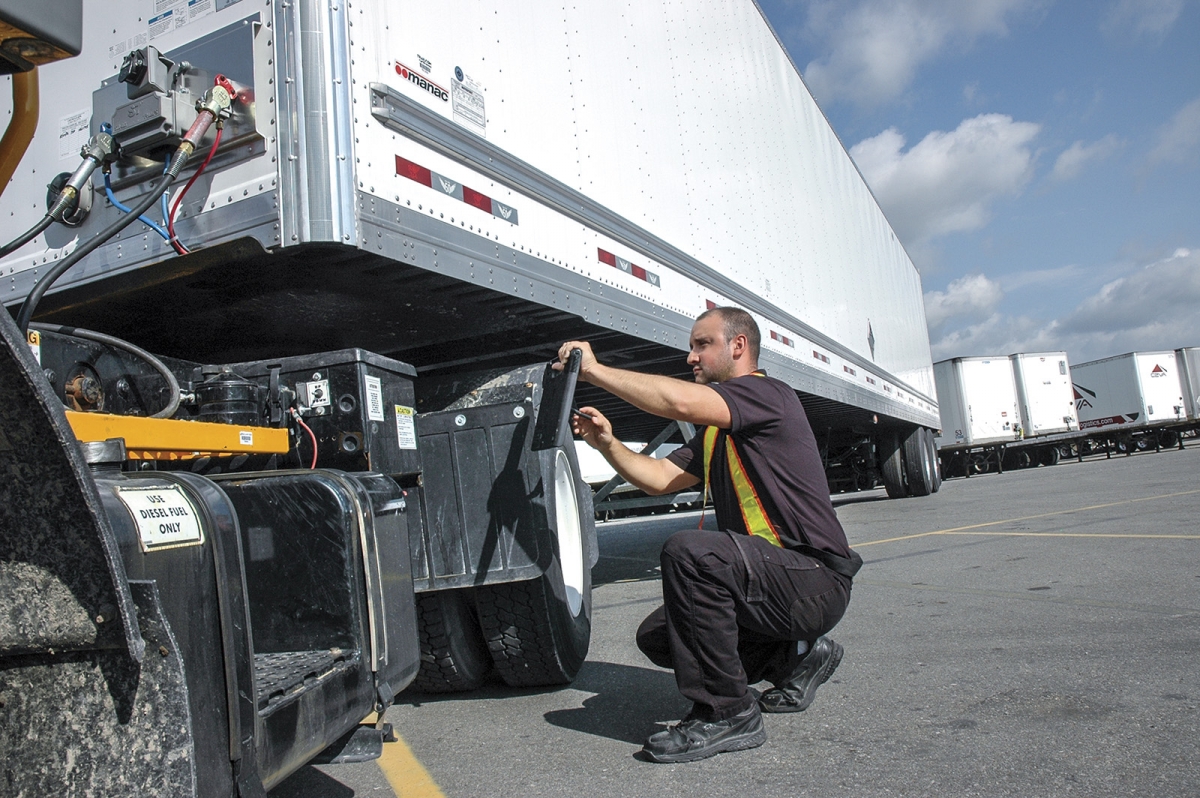 Every piece of equipment comes at a price. Look no further than your accounts -payable department or the bank account for proof. But decisions around renting, leasing or financing involve far more than payment values alone.

Those who work with unique equipment spec’s or hold onto trucks and trailers for extended periods of time are prime candidates for purchase financing. Every year of service after an asset has fully depreciated is a bonus. Leasing tends to be the strategy of choice for those with shorter trade-in cycles or other plans for business capital. Then there are the rentals to address seasonal or short-term surges in freight volumes, or even temporary storage.

It all plays a role in exactly what the monthly payments will be. “It’s like anything,” says Mike Krell, vice  president – sales and marketing at Trailcon Leasing. “You rent something short term, you’re paying a little higher rate for that -flexibility.”

A “short term”, though, is a matter of perspective. Rentals tend to be swapped for leases somewhere between one and two years of service. Michael Willey, PACCAR Leasing’s director – national accounts, focuses on when an asset is -utilized 60% of the time. “That’s close to the breakeven point, when you’re going to pay the same amount to have that asset for an entire year,” he says.

Then there’s the matter of equipment choices. Most rental units are designed for the broadest cross-section of users. Think of 53-foot van trailers as an example. But some regions can offer broader selections than others. Trailer Wizards – which sells, leases and rents equipment through 25 Canadian sites – actually rents 13-axle trailers in locales like Edmonton and north Saskatchewan.

Even a supplier’s broad customer base can increase the available options. “We also typically have equipment that we may be taking in from customers at the end of their lease,” explains John Gleason, Ryder’s executive vice president – sales, referring to where varied spec’s can originate.

As for the best choice, he says, “Let the numbers speak.”

Maintenance costs will certainly be among the numbers to consider when comparing individual deals. It is one of the factors driving many fleets to rentals and full-service leases in the first place. Aside from shedding shop-related -overhead or the need to retain technicians, managers who secure scheduled fees can escape the cycle of ever-shifting maintenance costs that can be low the first two years a truck is on a road, rise in the third year, drop back down for a fourth, and then spike in the fifth year when many components reach the end of their service lives.

Some fleets opt for a blend of in-house and outsourced work. Ryder, for example, has expanded its full-service lease options to include Preventive Maintenance and on-demand repairs alike. “The customer can determine how much they want us to perform,” Gleason says. A shop with limited in-house maintenance resources might still be comfortable performing -selected Preventive Maintenance procedures. On-demand packages make it possible to compare the rates from different service providers before deciding where the work should be done.

Krell, however, stresses that fleets will always have some maintenance duties to perform. “There still are day-to-day -obligations of the drivers to make sure they maintain and do their checklists,” he says. The contracts will define exactly what those requirements look like.

Clearly defined standards also leave little to the imagination when describing the unusual wear or outright damage that can lead to unwanted fees and penalties. And the requirements will often vary depending on the age of the equipment or how it’s used, says Anne McKee, Chief Operating Officer of Trailer Wizards.

“If there’s cracking of welds, it could be damage but it could also be just the age of the landing gear,” Krell agrees. “It’s dropped tens of times a day over a certain amount of time.”

Even where the equipment is used can make a difference. For example, Trailer Wizards recognizes that equipment in Atlantic Canada will face more corrosion-related challenges than central regions of the country.

Trailcon’s solution to avoiding surprises has been to embrace tablets that are used to photograph equipment at different stages of life, right down to the condition of tires. The proof can clearly help to define the difference between regular wear and something that needs to be fixed.

“We understand that there is going to be paint chips and what not. That’s acceptable. Anything that’s described as cut, torn, those descriptive words, that’s when we’re looking at a charge back based on damage,” Krell says. “Pictures don’t lie.”

Clearly defined maintenance support will offer another layer of protection. Available services can vary widely from one rental or leasing company and the next. Shop locations and hours close to home will be important for scheduled maintenance, but on-road support networks will affect the downtime surrounding unexpected breakdowns. Some -suppliers offer the support with in-house services, while others work with third–party partners.

“We have partners. We can’t be everywhere all the time. No one can,” Krell says. The question is how those partners are chosen, and what standards they meet, he says.

A partner’s specialties can influence costs in another way. “There tends to be different costings for truck and trailer repairs,” McKee explains. Someone who requires a patch on a trailer will -likely want to avoid the steeper door rate applied to a tractor repair.

It’s all in the details

Indeed, many disagreements can be avoided by reviewing the detailed language that defines everything from acceptable vehicle condition to mileage. Gleason refers to it as “specificity”. Will substitute vehicles be provided within a set period of time while any repairs are addressed? This is the kind of question to answer in writing.

“There are some items that can potentially be overlooked,” Willey says, referring to increases linked to the Consumer Price Index as just one example. Someone who focuses on price alone may overlook restrictions on how leased or rentals can be used, and when maintenance needs to be scheduled. “Where is that vehicle allowed to be transferred to? How is it allowed to be used? How often does the lessor need to see that vehicle for scheduled maintenance?”

Specific language might also be included to allow early equipment returns should business conditions sour. He refers to the option of a “downturn in business clause” as just one example. “In recent years, that one has probably been asked for more than anything. [Fleets] know they can’t just come out and ask, ‘Hey, I want to turn this in anytime that I want.’ [But] they ask for more of a documented downturn in business. We may not do it for all the business, but maybe it’s a percentage of the fleet.”

Some suppliers will also be more flexible than others when it comes to the mileage on returned equipment. It’s not unheard of for a fleet to ask for a deal that allows predicted mileage to vary by as much as 10% before extra costs are applied, Willey says. That’s a significant shift. “There’s a lot of things that can be discussed if you read a contract.”

One way to control leasing costs is to accept used equipment, which can -easily be an option when shorter terms are involved.

“That can be an affordable option for customers who may not know exactly how long they need that particular piece of equipment,” Gleason says.

And don’t forget the investments in spec’s that can help to reduce long-term operating costs.

Trailcon, for example, has invested in tire inflation systems to ensure pressures remain at 100 psi regardless of ambient temperatures. “The carrier gets better mileage, and it reduces cost for damage, which helps in the argument at the end of it all,” Krell says. Ryder is even installing tools such as Lane Departure Warning Systems in newer trucks. Trailer Wizards is in the midst of evaluating composite springs, and will be installing vibration meters during tests with PIT Group to see if the springs offer the promise of reducing weight and costs.

Some fleets are even looking for deals that would allow them to exchange diesel-powered equipment for alternatives running on something like natural gas.

“Protect yourself for future technologies because it is coming so quickly,” Willey says.