OTTAWA, Ont. — The month of November may be best known in Canada as the month to remember our nation’s fallen war veterans. But for Wreaths Across Canada, a non-profit organization, December is the more memorable month. 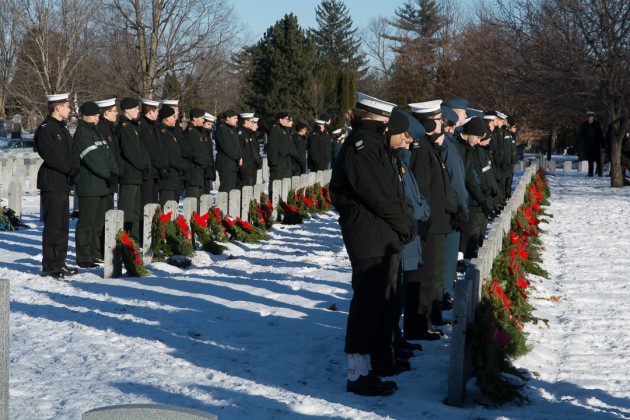 At the National Military Cemetery in Ottawa

On the first Sunday of December, Craig McPhee, a retired warrant officer with the Royal Canadian Air Force, founder and president of Wreaths Across Canada, and a number of volunteers gather thousands of wreaths and lay them on tombstones in the nation’s capital.

This year, according to McPhee, 3,000 wreaths were laid at the National Military Cemetery at Beechwood Cemetery in Ottawa, with more than 1,700 in attendance of the ceremony. Families who have lost loved ones are the first to get a wreath after the ceremony to lay on the tombstone of the fallen solider in their lives.

“The attendance was the biggest yet with visitors,” said McPhee. “There is probably 4500 headstones in the National Military Cemetery, but 1500 have their headstone in place, but have not moved in yet – I am one of those. If there is no date on the headstone, no wreath (is laid).”

The wreaths were delivered by Jade Transportation of Perth, Ontario. McPhee said Jade owner, Jim Doel has gone to New Brunswick to pick up the wreaths and deliver them the day before the ceremony for the last three years in a row. The event formally began in 2011.

McPhee added that the day is always very emotional.

“It was very sunny but cold,” McPhee said about this year’s ceremony. “The people who had been here in the past for this ceremony wanted to come back and place wreaths at their loved ones headstone… Tears were flowing…The people are quiet. Some friends are together talking about the deceased person they just laid a wreath at. Others run into of friends they have not heard from in years.”

This year, Bison Transport joined forces with Wreaths Across Canada and held their own ceremony in Winnipeg.

The company partnered with the Royal Canadian Air Force 17 Wing and other branches of the Armed Forces to place 260 wreaths at the beginning of every row of headstones at the Field of Honour in Winnipeg’s Brookside Cemetery. 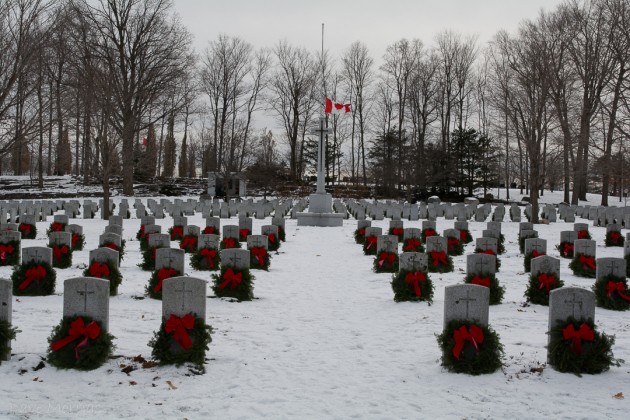 The cemetery is the largest military cemetery in Canada with more than 11,000 fallen buried there.

“Bison is committed to helping Wreaths Across Canada expand this initiative and we will work hard to gain the involvement of our industry, the business community at large and individual citizens so that perhaps next year, we have one wreath for every headstone,” said Rob Penner, executive vice-president and COO of Bison Transport.

McPhee maintains that the ceremony’s purpose is to do something other than Remembrance Day to honour veterans.

“We have 280,000 veterans buried across Canada,” he said. “What do we do for them? Nothing. (The ceremony) is to remember, to honour and to teach.”

To learn more about Wreaths Across Canada and/or to donate visit their Web page, here.